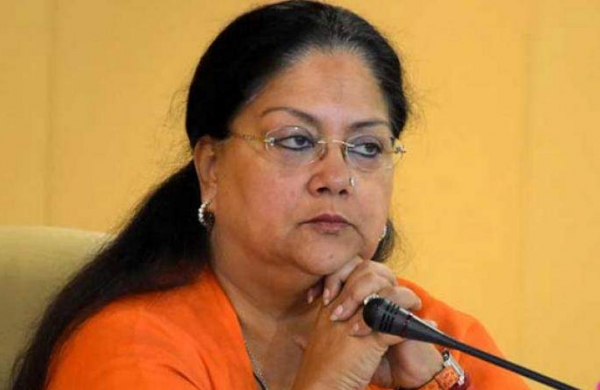 Express News Service
JAIPUR:  The ‘Pegasus’ snooping row has provided Rajasthan Congress more ammunition to fire at the BJP with reports emerging that the mobile phone of former CM Vasundhara Raje’s personal secretary too was targetted for hacking.

State Congress chief G S Dotasra said the “snooping” incident indicated how the Modi-Shah duo was trying to sideline Raje. While the BJP and the Raje camp are silent over the issue, many party leaders argue that the state Congress has no moral right to comment on the Pegasus issue until Chief Minister Ashok Gehlot reveals details of phone-tapping of MLAs in the state.

The name of Raje’s personal secretary is on the list of 300 verified Indian numbers allegedly targeted for surveillance during 2017-19 through the Pegasus spyware. The ruling Congress is keen to revive the theory that all is not well between Raje and the BJP’s state  leadership.

Dotasra said at a press conference in Jaipur that an investigation should be initiated against Prime Minister Narendra Modi as “circumstantial evidence” suggested that Pegasus-snooping could have been carried out only with the concurrence of those sitting in top offices of power. “Those in the high echelons of power have committed an illegal and anti-national act as exposed by the Pegasus episode,” Dotasra said.

“They have not spared anyone. They spied on their own leaders, while conspiring to completely finish the Opposition, ” Dotasra said. While the Raje camp or the BJP has given no official response, deputy leader of the Opposition Rajendra Rathore has tried to defend the Union government by targeting the Gehlot government over the phone tapping row in July last year when Sachin Pilot had rebelled against the top brass.

During that period, some audio clips of phone conversations purportedly between Union Minister Gajendra Singh Shekhawat and a few Congress MLAs had come out. Congress leaders from the Gehlot camp had alleged that the chats revealed that BJP leaders were indulging in horse-trading to topple the Rajasthan government. However, the BJP has alleged that this incident implies that phones of MLAs in the state are being tapped.