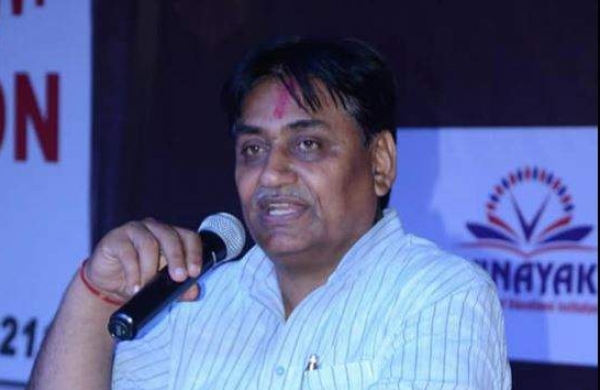 By PTI
JAIPUR: Rajasthan Congress chief Govind Singh Dotasra on Wednesday termed as “propaganda” the accusations of wrongdoing in the selection of his two relatives to the state administrative services.

He further said the exam for selection to the Rajasthan Administrative Services is conducted in a transparent manner and only capable children succeed in it.

Dotasra’s statement has come amid the ongoing discussion on social media over the selection of his daughter-in-law’s sister and brother to the RAS.

“The RAS exam is a very prestigious recruitment exam of Rajasthan. This exam is conducted by the Rajasthan Public Service Commission with transparency. Only those children who are capable are successful in this examination,” Dotasra said when asked.

He said along with the board members, experts also sit in the interview.

Talented children achieve their position by preparing for the RAS. There is nothing to do with any politician, he said.

In the recently released results, both relatives of the state Congress chief had scored 80 marks in the interview.

Earlier in 2016, his daughter-in-law also got 80 marks in the interview, which has become a topic of discussion on social media.

Dotasra said, “It should not be an issue who got how many numbers as interview is for only 100 marks but before an interview, one has to pass the pre and main examination after which interviews are held.”

He said, “Being a relative or knowing someone does not mean that marks will be given in the interview or in the written examination. It is only a propaganda being run on social media.”

He said there is no basis of this controversy.

People who are not selected, they run such propaganda, he said.

Dotasra said if he had any influence, then he would have made several people of his Assembly constituency and the rest of family members as RAS officers.

Dotasra’ son Avinash had also passed the RAS exam in 2016.

“Whether this is a coincidence or an experiment, only God knows. Anything can happen anytime,” Rathore said.