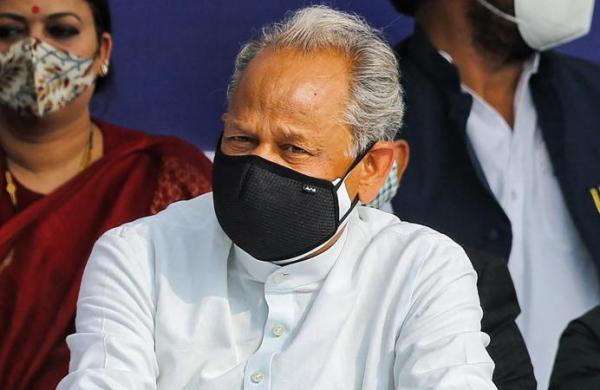 Express News Service
JAIPUR: The Rajasthan government will provide free Covid-19 vaccine to all those above 18 years of age in the state. Chief Minister Ashok Gehlot announced the move on Sunday which will cost Rs 3,000 crore to the state exchequer.

“It would have been better that according to the demand of the State Governments, for the Government of India to have afforded the cost of vaccination of the youth from the age of 18 to 45 years. If the Centre had given free vaccines as it did for all those above the age of 45 years, the budget of the states would not have been disturbed,” Gehlot tweeted in Hindi.

While CM Gehlot’s decision is most welcome for the 18-45 age group which was waiting to get free inoculation, there is still considerable confusion on whether vaccines will be immediately available in Rajasthan in large scale.

Earlier in the day, Health Minister Raghu Sharma had joined the health ministers of three other Congress ruled states to ask how they will vaccinate all adults when the Centre has already “taken away the stocks” and shots are not available to them.

Addressing a virtual joint press conference, the health ministers of Chhattisgarh, Rajasthan, Punjab and Jharkhand (ruled by Congress-JMM alliance) accused the Centre of “hijacking” vaccine stocks from manufacturers, and expressed doubts if it would be possible to launch the inoculation drive to cover those between 18-45 years of age from May 1.

Raghu Sharma said that when the state government reached out to the Serum Institute of India (SII) it was told that no vaccines were available till May 15, though the central government had announced opening of vaccines for all above the age of 18 from May 1.

“When we reached out to the Serum Institute, to procure additional stock of vaccines for the drive to vaccinate all above 18 years of age from May 1, we were told that the Institute will not be able to give any doses till May 15. They said that they are booked till then delivering orders to the Centre,” Sharma said.

“We have the capacity, but not the vaccine,” Sharma said. “States should get the supplies. The Government of India should provide vaccines as per their requirements,” Sharma added.

The success of the drive depends on availability of shots, the Rajasthan Health Minister said.