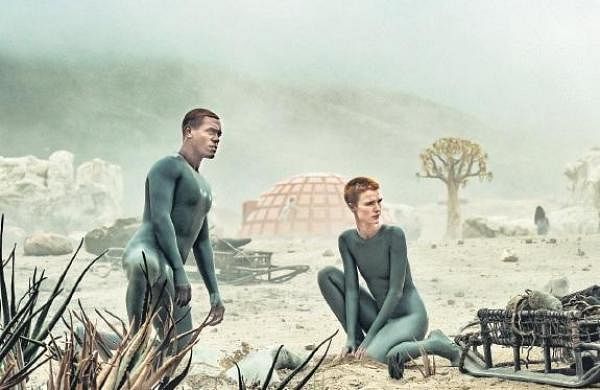 HBO Max’s sci-fi drama Raised by Wolves’ premiere date has been announced. The Max original will be returning to the platform on February 3, 2022. The AI-based show was created by Aaron Guzikowski of Prisoner fame. He also serves as an executive producer alongside Ridley Scott, Game of Thrones producer Mark Huffman, The Good Wife executive producer David W. Zucker, along with Adam Kolbrenner, and Jordan Sheehan.

The series stars Amanda Collin (A Horrible Woman), Abubakar Salim (Informer), Travis Fimmel (Vikings), and Niamh Algar (The Virtues). Raised by Wolves is set in the far future when Earth has been sabotaged by a religious-based war fought between atheists and believers.

The leading characters are androids Mother (Collin) and Father (Salim) who are sent to an unpopulated planet with the task of raising six children.

The mission immediately becomes challenging due to the unforgiving surroundings the androids and humans have found themselves in.

Season 1 received an overwhelmingly positive review from critics gaining praise for the performances and the visuals. The season 2 of Raised by Wolves hits HBO Max on February 3.