Raipur:Social awareness will win over anemia 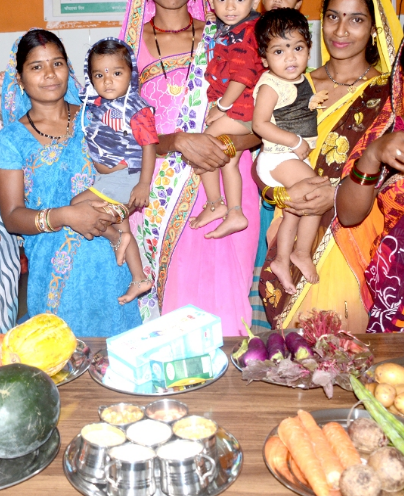 Anemia or anemia in the body is a major problem today which is a form of malnutrition. There is a deficiency of red blood cells in the blood, that is, hemoglobin. Anemia is generally considered to be less than 12 grams per dl in women, 11 grams per dl in pregnant women, and less than 13 grams per dl in men. Hemoglobins are essential for the transport of oxygen in the body. The disorder caused by its deficiency is called anemia. Hemoglobin is mainly made up of iron and protein. Lack of iron, its main ingredient, also reduces the formation of red blood cells in the body. Sometimes it also kills the life of the patient. To avoid this, the patient is advised to eat iron rich nutrients.
In India, anemia is seen more commonly among women and adolescents. According to the National Family Health Survey-4 (NFHS-4), 53 percent women and 23 percent men in the age group of 15 to 49 have been found anemic. According to the survey, 47 percent of women and adolescents aged 15 to 49 in Chhattisgarh suffer from anemia. This shows that about half of the women suffer from anemia. Similarly, anemia has been found in 41.6 percent of young children aged 6 to 59 months. According to the national survey, the rate of anemia has been observed in children up to 24 months.
Taking seriously the situation of malnutrition and anemia in Chhattisgarh, Chief Minister Shri Bhupesh Baghel has started the Chief Minister’s Nutrition Campaign from 2 October 2019. Under the scheme, initiatives have been taken to provide hot nutritious food, locally made food grains and extra nutritious food to women and children. Under the leadership of Women and Child Development Minister Smt. Anila Bhendia, the war against malnutrition and anemia is being fought under the coordination and public support of many departments. Several measures for health check-up and awareness are being taken, including malaria eradication campaign, availability of local nutritious food through nutrition vatika, distribution of iron folic acid pills to adolescent girls and expectant mothers, giving insecticides to children under Worm Liberation Campaign Huh. Kitchen cards are also a part of the malnutrition eradication initiative for mid-day meal distribution and nutrition to children in schools.