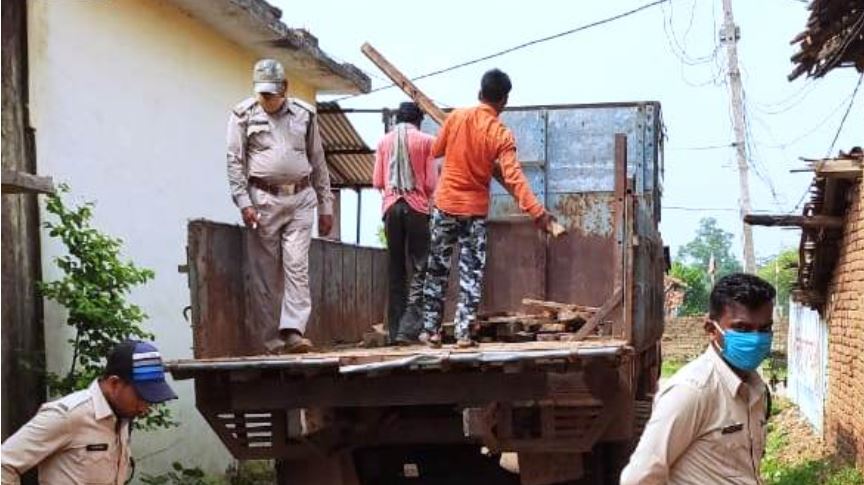 In a raid operation by the joint team of Forest and Police Department today, illegal pieces of wood of 201 pieces of precious species were seized at Village Bandha (Bhanrakchhar) under Vanmandal Bilaspur. The estimated value of which is more than one lakh rupees.
As soon as the information was received in this regard, this action was taken promptly by the joint team of the Police Department and the team formed under the direction of the Forest Officer, Bilaspur Mr. Kumar Nishant. In the meantime, illegal wood chiran and furniture manufacturing materials were seized from the house of three different persons in village Bandha under forest enclosure Takhatpur. In these, action is being taken against the accused persons by registering offense under Section of Forest Act. In this action, Deputy Forest Officer, Mr. Vivek Chaurasia, Mr. D.N. The team of Achanakmar Tiger Reserve and Police Department, including Tripathi, Mr. Sunil Kumar Bachchan and Mr. Churmanani, have made commendable contributions. It is noteworthy that as per the instructions of the Forest Minister Mohammad Akbar, the Forest Department is continuously campaigning for the protection of forests and strict action is being taken against the accused.

Circular issued to all CEOs for Ramayana troupe competition