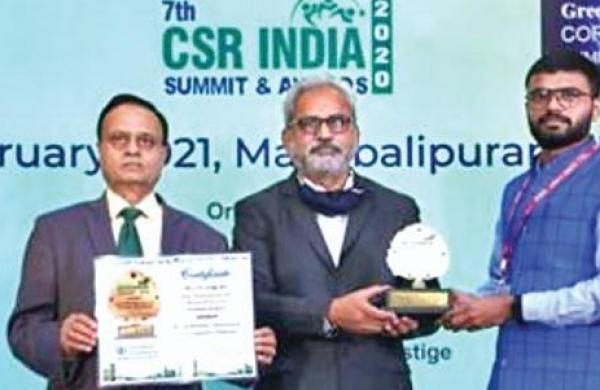 Express News Service
No billing at Balaji hospital on birth of baby girl   Shri Balaji Super Speciality Hospital in Raipur has declared that it will offer free medical care and post-treatment assistance on the birth of baby girls in the nursing home as a way to share the joy of parents. “The birth of a girl child should be seen as an occasion to celebrate. The parents should perceive the newly born girl as a bliss,” said Dr Devendra Naik, medical director. Many believe the move would discourage the practice of female foeticide and would strengthen the ‘Beti Bachao’ campaign. Shri Balaji hospital is central India’s biggest hospital with 1,050 beds and has a modern tertiary care centre.

CRPF DG flags off bike-based ambulancesCRPF Director General A P Maheshwari flagged off the specially customised and developed bike-based ambulances ‘Rakshita’, created by the Defence Research and Development Organisation (DRDO), to be used in the Maoist-affected areas of Chhattisgarh. It will ensure quicker medical aid to injured security personnel and patients in remote areas of the state. The Director General also inaugurated the administrative block of the Group Centre (GC) in Raipur. A full-fledged GC has been established in 128 acres of land at Aarang, abut 35 km from the state capital. The modern composite building has various facilities and also has a stores complex. It may be noted that 14 out of the 28 districts in the state are believed to have the presence of the Red rebels.

IMA continues stir against ‘Mixopathy’The Indian Medical Association (IMA) members in the capital of Chhattisgarh are continuing their hunger strike against ‘Mixopathy’ plan of the Centre. Denouncing the concept advocating convergence of modern medicine system with the traditional ayurveda, homoeopathy and Unani, the IMA asserted that every system of medicine has its own separate fundamental principles and they cannot be mixed. Through their sustained struggle, the IMA wants to caution the risks of ‘Mixopathy’ and seeks withdrawal of its notification and also, spreading this awareness among the masses.

Adani unit wins excellence award Adani Enterprises Limited (AEL) received ‘Environment Protection’ and ‘Industry Sector Safety’ Greentech distinguished award in recognition of its work under the Parsa East and Kanta Basan open cast coal mine project in north Chhattisgarh. The government has authorised the project to AEL under the practice of Mine Developer-cum-Operator (MDO) system, which is a pure contractual arrangement.  AEL reiterated its commitment in maintaining the highest level of safety and environmental protection at the project sites.