Raipur: Chhattisgarh has a deep connection with Kaushalya’s Ram: Even today people see the image of Lord Ram in nephew 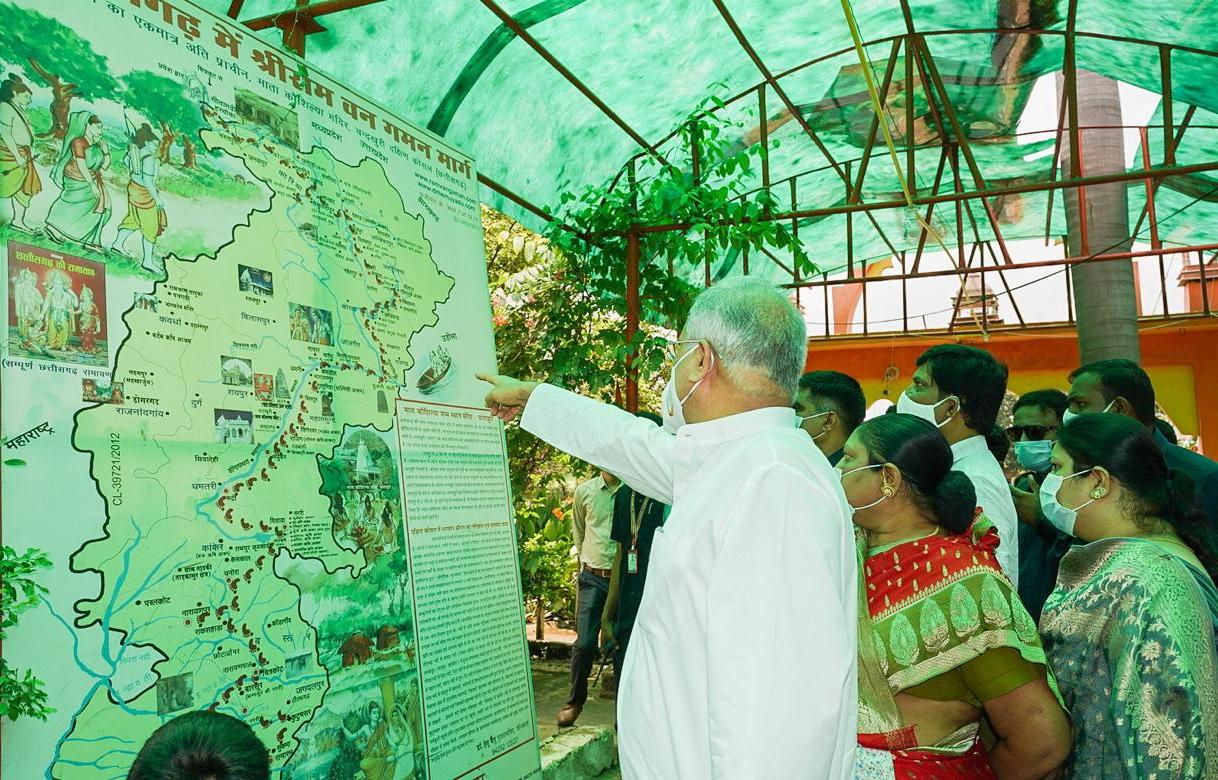 Lord Shri Rama, son of Kaushalya, the queen of Ayodhya and the symbol of the identity of Chhattisgarh, has a deep bond with the nephew. A living example of this is that in Chhattisgarh, people of all castes are celebrating the phase of their sister’s son by considering them as Gods. Prabhu wishes Shriram to attain salvation. It is even more powerful when the relationship between mother and nephew is performed with full affinity wherever the village-town-town is from any caste or community. This nephew’s relationship with Maanma can sometimes appear more intimate for parents than the son.

In Tretayug, when the ancient name of Chhattisgarh was known as Kosal and Dandakaranya, then Kosal Naresh was Bhanumant. According to Valmiki Ramayana, Kosal King Bhanumantha was also invited to Ayodhya on the occasion of the coronation of Ayodhyapati Yuvraj Dasaratha. Rajkanya Bhanumati, daughter of the King of Kosala and also went to Ayoghya on this occasion. Yuvraj Dasaratha was fascinated by the beautiful and gentle form of Kosala Rajakanya Bhanumati and offered marriage to Kosal King Maharaj Bhanumantha. Yuvraj Dasaratha and Rajakanya Bhanumati of Kosal had a marital affair. After marriage, Bhanumati came to be called Kaushalya due to being the princess of Kosal region. The queen of Ayodhya was born with the dignity of this Kaushalya to the best man Lord Ram. Then Mamatamayi considers Mata Kaushalya as a sister of the erstwhile Kosal state and considers her sister’s son Lord Sri Rama as a symbol and nephew and touches her feet.
Later, in Chhattisgarh, the grand temple of Mata Kaushalya, built in the eighth-ninth century, is situated in the village Chandkhuri of Arang Vikaskhand, 27 km from the capital Raipur. Chandkuri also directly connects Chhattisgarh with Ramayana. In verse 13 verse 26 of the Balayand of Ramayana, there is a mention of the village Chandkhuri under Arang block. It is believed that Chandkuri was known as Chandrapuri, the city of gods hundreds of years ago. Over time, Chandrapuri became Chandrakhuri, which is a corruption of Chandrapuri. From the mythological point of view, the remains of this temple are believed to be of Somvanshi period from the eighth to the ninth century. Apart from this, the name of Rama is built in Chhattisgarh culture. Only when speaking to each other, whether it is relationship-related or unfamiliar with the pronunciation like Ram-Ram Kaka, Ram-Ram Kaki, Ram-Ram Bhaiya, one can usually hear the greeting.
The rare temple of Mother Kaushalya, the mother of Lord Shri Ram, in the holy land of village Chandkhuri in Chhattisgarh is the only temple in the country and the world. It is a symbol of the glorious identity of Chhattisgarh. In the sanctum sanctorum of this temple, in the lap of Mother Kaushalya, the Vatsalya statue of Lord Shree Ram ji attracts the hearts of devotees and devotees easily. At the same time, in the Shivrinarayan area at the confluence of Mahanadi, Jonk River and Shivnath River in eastern Chhattisgarh, the Ramnami community reflects the immense love and adoration for Lord Rama.
It is worth remembering that the oldest name of Chhattisgarh was Dakshin Kosal. During the Ramayana period most of Chhattisgarh came under Dandakaranya region. This area was called Dakshinapath in those days. Researchers find evidence of Lord Shri Ram Chandra’s arrival here during exile. According to information received from researchers’ research books, Prabhu Shriram spent more than 10 years in Chhattisgarh, out of the 14 years of his exile. Descriptions of Goddess Sita, geography of Dandakaranya and flora are also found in the folk songs of Chhattisgarh. Lord Shri Ram is believed to have entered South India after entering Chhattisgarh from North India and spending Chaumasa at various places here. Hence Chhattisgarh is also called Dakshinapath.
To save these memorable facts and arrival of Lord Shri Ramji, Chhattisgarh has spent time on the journey path of Shri Rama and where Lord Sri Rama, Lord Shri Laxman and Mother Sita, the places where they worshiped By saving those memories of the architecture, Chief Minister Mr. Bhupesh Baghel has pledged to start as Ram-One-Gaman-Path starting from Mata Kaushalya Temple at Chandkuri. This will definitely increase the respect of the faith of the countrymen. This is a significant and historic step of Shri Bhupesh Sarkar.
The construction of Ram-One-Gaman-Path will surely gain fame at the national and international level. At the same time, the decision to develop the Ram Van Gaman circuit as a tourism circuit will also be an effective effort in the direction of providing employment. According to various research publications, Prabhu Shriram visited about 75 places during his exodus in Chhattisgarh. Out of which 51 places are where Shri Ram stayed for some time during the tour. The nine important sites of Chhattisgarh coming in the Ram Van Gaman Path are Sitamarhi-Harchauka (Korea), Ramgarh (Ambikapur), Shivrinarayan (Janjgir-Champa), Turturiya (Balodabazar), Chandkuri (Raipur), Rajim (Gariaband), Sihawa-Sapta Rishi Plans are underway to develop and develop those fifty-one sites including Ashram (Dhamtari) and Jagdalpur (Bastar) and Ramaram (Sukma).
To develop these nine important sites in the first phase, the state government has prepared a concept plan of Rs 137 crore. According to the intention of Chief Minister Shri Bhupesh Baghel, the work of construction of the grand and attractive temple is going to start from the third week of this month keeping the original form of Mata Kaushalya temple intact. At the same time, the work of beautification in this area has started since December of last year. For the Ram Van Gaman tourism circuit, the state government has made a budget provision of Rs five crore last year and Rs 10 crore this year. Chhattisgarh will have a special identity across the country with the construction of the Vangaman tourism circuit. Along with Kaushalya Temple, the mother of Lord Shri Ram, the Ram Van Gaman Path will be developed in Chhattisgarh from Korea to the end of Bastar. by this The tourism of the state will also develop rapidly.