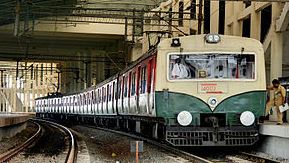 Indian Railways has made a change in online ticket booking. Under this change, another chart will be made half an hour before the train leaves. The advantage of this will be that even if the seats remain vacant at the last moment, needy passengers will get tickets. Let me tell you that the first chart was prepared four hours before the departure of the train. In such a situation, those people who had booked tickets online and for some reasons could not travel, then those seats would remain empty. Now this will not happen under the new rule.

IRCTC will now make the first chart train four hours before departure. After this, a second chart will also be made half an hour before the train leaves. Tickets can be purchased online and offline before the second chart is created. Which will be given on a first come, first served basis. IRCTC has said in its statement that on the appeal of the zonal railways and in view of the convenience of the railway passengers, it has been decided that the second reservation chart will be prepared half an hour before the departure of the train.

Tickets can be purchased both online and at the ticket counter before a second chart is created. Under the new changes, the Railways have also made changes in their software. Explain that the passenger trains are running canceled due to Corona virus scramble, but considering the resumption of services and the festive season, the Railways has decided to run special trains.