Railways infrastructure will never be privatised, assets to be monetised: Piyush Goyal 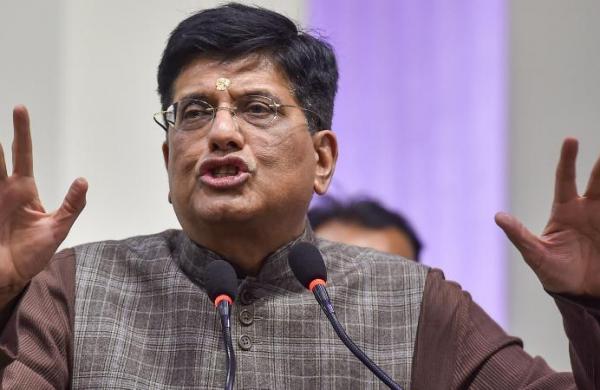 By PTI
NEW DELHI: The government Friday said in Rajya Sabha that railways infrastructure will never be privatised but it plans to monetise its assets to generate resources to boost growth.

“Asset monetisation would help in generating more resources towards infrastructure creation. Passenger train operations taken up through Public-Private Partnership (PPP) is targeted to bring a total investment of about ? 30,000 crore,” Goyal said.

Replying to a supplementary asked by Jairam Ramesh of the Congress, Goyal said he felt the Opposition member was not able to understand the difference between privatisation and monetisation.

“When you privatise, you sell off the assets permanently and it no more remains a part of the government ownership. In the railways, the plan to is monetise in terms of how it will generate resources, further investment and growth. The infrastructure of Indian Railways will never be privatised,” Goyal said.

The Railways Minister said dedicated freight corridors are a separate corporate entity and the railways is supporting them.

“The Railways is supporting but is not the owner of tracks that the DFC is laying If we raise funds by leasing them, giving them out to private sector to use in the interim period we are doing a service to the nation,” the minister said.

The Ministry of Railways is committed towards enhancing the pace of infrastructure development, which is vital for the national economy as a whole, he said.

The railways would always be a key economic driver in the strategy of investment-led economic growth, he said.

The minister said assets monetisation involves various transaction processes, and the investment expected depends on the outcome of bidding process open to public and private sectors.

“Therefore, the actual investment expected from private and public sectors cannot be ascertained as of now,” he added.

Goyal said modern train is the need of the day, and the railways has got historic Rs 2.15 lakh crore allotment under Prime Minister Narendra Modi. If a road is built, everyone uses it, similarly if a pipeline is built by GAIL and they only use it, it will be misused, he said.

“Similarly, if new rail tracks are laid and private people are invited and encouraged to operate there, it will be run by locopilots, there will be caterers, so it will generate employment and not lead to job losses,” he said.

In reply to a supplementary raised by the leader of the opposition in the Upper House Mallikarjun Kharge about a proposal to merge three divisions of Gulbarga in Karnataka, Goyal said the Railways Board did not find it feasible.

He said proposals made by Zonal Managers are sent to the Board for a holistic view with an all-India perspective.

He, however, added that he will discuss the issue with Kharge separately.

In a reply to another supplementary, he said for seven routes dedicated to semi-high speed passenger corridors, the government is talking to state governments and added that there has been good response from the Uttar Pradesh government which is cooperating on the Delhi-Varanasi route, mostly elevated along the highways.

He said under PM Modi’s leadership instead of just haphazard announcements, which he alleged used to be the case earlier, committed plans are being made and it is being ensured that the rail infra is augmented in the entire country instead of just a few places.