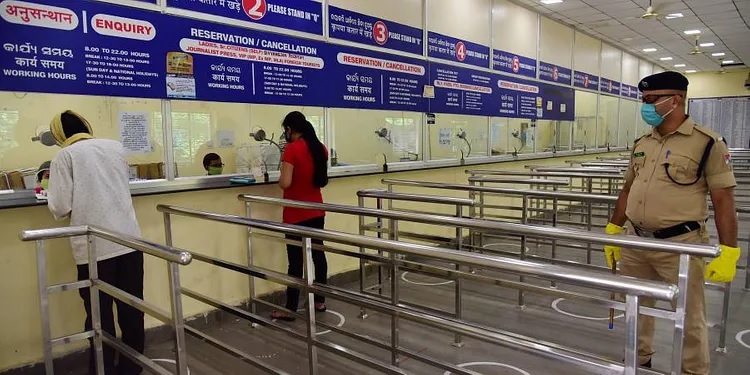 The railways canceled more than 1.78 crore tickets and returned Rs 2727 crore from March this year due to the corona virus epidemic. According to the reply received under Right to Information (RTI), during this time, the Railways canceled 1,78,70,644 tickets. This has been revealed by a recent RTI.

The Railways had suspended its passenger train services from 25 March itself. PTI had reported this earlier also, in this way, for the first time, the railway was refunded more than what it earned from ticket booking. In the first quarter of the year 2020-21, revenue in the passenger segment declined by Rs 1066 crore. Between April 1 and August 11 last year, the Railways returned Rs 3,660.08 crore and in the same period revenue of Rs 17,309.1 crore. Stay with us to stay updated with every Hindi news related to Indian Railways .

This is the first time that he has refunded more than the amount earned by selling tickets to the railways. An official said that due to the postponement of services, the amount of tickets booked for April, May and June was refunded, while fewer tickets were booked during these three months and during this period there were restrictions. In the first three months of this financial year, the Railways suspended all its regular passenger services.