Raigad fort a sacred pilgrimage site for me and all Indians: President Ram Nath Kovind 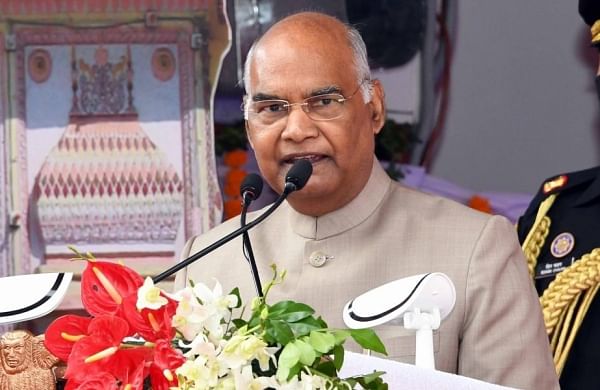 MUMBAI: Raigad, the hill fort where Chhatrapati Shivaji was coronated, is a sacred pilgrimage site for all countrymen, President Ram Nath Kovind said on Monday. The President began his four-day tour of Maharashtra by visiting the Raigad fort, the erstwhile capital of the Maratha kingdom, and paid respects to Chhatrapati Shivaji.

President Kovind reached the hill-fort, located 166 km away from Mumbai, by ropeway in view of opposition by some groups to the landing of his helicopter on the historic fort. He also visited the Jagdishwar temple and the samadhi of Chhatrapati Shivaji. “For me and all Indians, this fort of Raigad is a sacred pilgrimage site,” President Kovind said.

Kovind became only the second president to visit the Raigad fort. In 1985, the then President Giani Zail Singh had visited Raigad. Shivaji Maharaj was coronated as Chhatrapati on the Raigad fort in 1674.

During his visit to Maharashtra from December 6 to 9, the President will visit the Air Force Station in Lohegaon in Pune on Tuesday, witness a flying display and interact with air warriors. He will present the President’s Standard to the 22nd Missile Vessel Squadron in Mumbai on Wednesday, the Rashtrapati Bhavan had said on Sunday.