Rahul slams Centre over farmers protest, says nails laid for those whose sons risk their lives at country’s borders 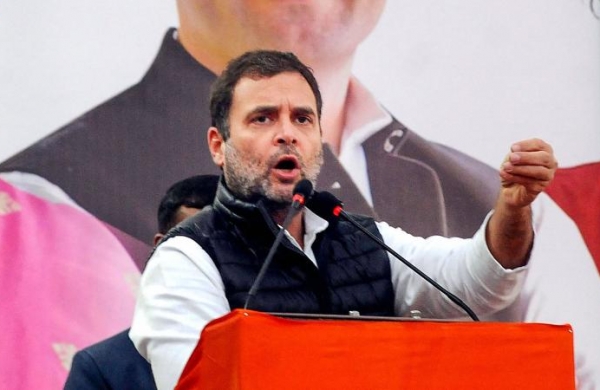 By PTI
NEW DELHI: Congress leader Rahul Gandhi on Saturday attacked the Centre over the farmers’ protest and said nails were laid at Delhi’s borders for those whose sons risk their lives at the country’s borders.

Gandhi’s attack came after the farmers’ agitation entered its 100th day on Friday, with protesting union leaders asserting that their movement is far from over and they are “going strong”.

In a tweet in Hindi, Gandhi said, “Whose sons risk their lives on the country’s borders, for them nails have been laid at the borders of Delhi. Annadaatas demand their rights, government commits atrocities.”

The Congress leader has been supporting the farmers’ protest against the three central farm laws and has attacked the government over the legislations on several occasions.

Farmers, mostly from Punjab, Haryana and western Uttar Pradesh, have been camping at several Delhi border points, including Tikri, Singhu and Ghazipur, since November 28, demanding a complete repeal of the three farm laws and a legal guarantee on the minimum support price (MSP) for their crops.

The government has denied allegations that it was trying to put an end to the MSP and the mandi system.

Prime Minister Narendra Modi has also assured farmers that the MSP would continue.

Farmer leaders have already made it clear that they would not settle for anything less than the repeal of the new farm laws.