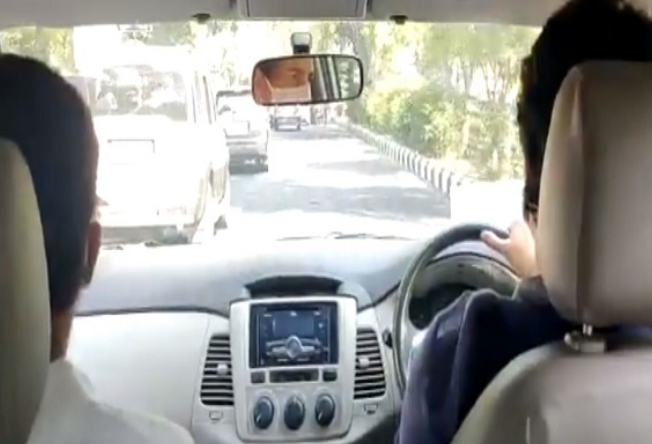 Rahul Gandhi and Priyanka Gandhi Vadra are expected to be allowed to travel to Uttar Pradesh’s Hathras and meet the family of the 19-year-old woman who died after she was assaulted and allegedly gang-raped.

This is the Congress leaders’ second attempt to reach Hathras – the first, on Thursday, ended in a tussle that saw cops shove Mr Gandhi to the ground.

There was heavy police deployment on the Delhi-Uttar Pradesh border with barricades on Delhi-Noida Direct (DND) flyway and scores of policemen deployed.

Priyanka Gandhi was driving a silver Toyota Innova with her brother Rahul Gandhi sitting next to her. They were headed to the DND toll plaza. Congress MP Shashi Tharoor also posted a picture of him driving a car and said he was headed to Hathras, about 180 km from the national capital.