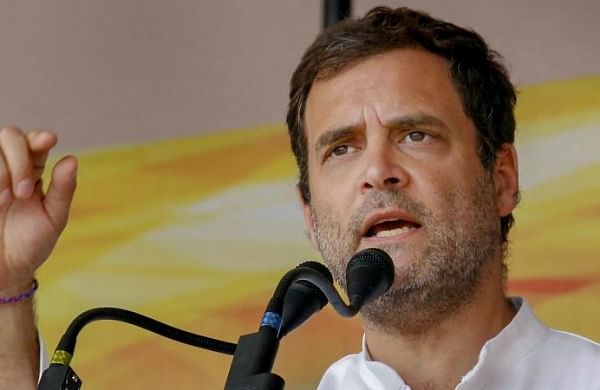 According to highly-placed sources in the Congress, when the Maha Vikas Aghadi formation was being floated, among Gandhi family members it was Rahul Gandhi who was most reluctant to join hands with the Shiv Sena and worried about the repercussions.

“In the various meetings during that time in Delhi, we were able to convince Sonia Gandhi and Priyanka Gandhi, but Rahul Gandhi was adamant and not in favour of the three-party Maha Vikas Aghadi in Maharashtra. He did not want to compromise the secular ideology of Congress by joining hands with a former ally of BJP. However, all Congress MLAs had made up their mind to form the government to keep the BJP out of power. The pressure from his own party’s elected representatives made him yield and the Thackeray government was formed,” said the source.

He further added that Rahul Gandhi did not attend the swearing-in ceremony of Uddhav Thackeray as chief minister at Shivaji Park despite an official call from Uddhav and Aditya Thackeray.

“Since that day, Rahul Gandhi has not come to Maharashtra. And many fear that Rahul Gandhi may one day seek to pull the plug on the Thackeray government. But the way his bonhomie with Shiv Sena leader Sanjay Raut has ended all speculations now,” said a senior Congress leader requesting anonymity.

“Rahul Gandhi wanted to understand several things about Maharashtra politics. We had very candid discussions on various issues. He had no hatred against anyone. In fact, he was curious to know about our Sena supremo Balasaheb Thackeray’s personality and working style. He enquired about how Balasaheb Thackeray expanded and strengthened his party’s base,” Raut said.

Sources in Shiv Sena said Gandhi family members are open and candid, but communicating with them was an issue.

“Earlier, Ahmed Patel was the point person for us to approach the Congress leadership, then Rajeev Satav. Now, both are no more. So, we had to open the dialogue channel directly by approaching Rahul Gandhi. Raut and Rahul Gandhi are now comfortable talking to each other. This is a good sign for the Maha Vikas Aghadi. So, we will see lesser cribbing from Congress leaders,” he added, requesting anonymity.