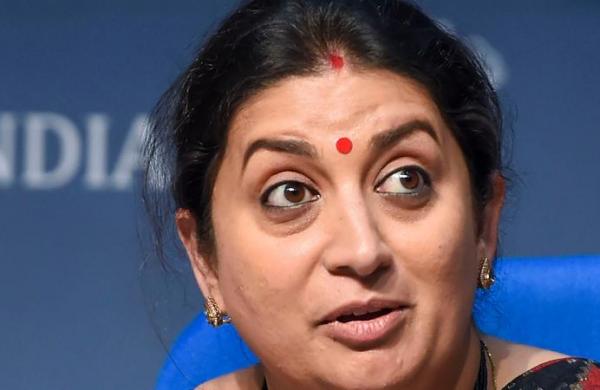 By PTI
NEW DELHI: Union Minister Smriti Irani Monday said Congress leader Rahul Gandhi was still looking for flaws in the Budget instead of supporting something that would save lives.

Speaking at a traders’ meet here at the PHD Chamber of Commerce and Industry, Irani said the Budget was an expansion of Prime Minister Narendra Modi’s idea of a nation.

“If we look at the budget not only as an economic activity but as a nation-building and social activity, then you’ll realise it is an expansion of Narendra Modi’s idea of a nation.

“I am aware that the former MP of amethi is still looking for flaws in this budget. He hasn’t found one yet. But an Indian, who is dedicated to the nation, shouldn’t have grief that this budget would save lives. it should be supported,” said Irani, who had defeated the Congress leader from his bastion of Amethi in the 2019 Lok Sabha polls.

She criticised Gandhi for not supporting the government’s announcement of making available pneumococcal vaccine in every state of the country, saying that perhaps “he could not understand it”.

“The representatives of the medical fraternity know that because of non-availability of pneumococcal vaccine 50,000 children die every year in the country. I was surprised that when the finance minister announced in the budget that pneumococcal vaccine will now be available in every state, that 50,000 innocent lives will be saved even then the former Amethi MP didn’t say a word. Maybe he could not understand pneumococcal,” she said.

She added Gandhi did not show support for the government’s decision to provide Rs 35,000 crore for the COVID-19 vaccination program in India “so that a common Indian citizen’s life can be saved”.

She said the Congress is today opposing farm laws while its own government in Punjab has made provision for contract farming there.

The Textiles Minister also criticised the Congress party for opposing the building of Sardar Vallabhbhai Patel’s statue in Gujarat, saying the party never wanted to hear any other name but of one family’s only.

“The opposition leaders said why do we need a statue? The people of India were surprised that why was the Congress party opposing the statue of a man who played an important role in the nation’s freedom struggle and in making the Constitution, that why were they so bothered. Perhaps the party hasn’t even wanted that there should be any other name on people’s tongue than one family’s,” she said.