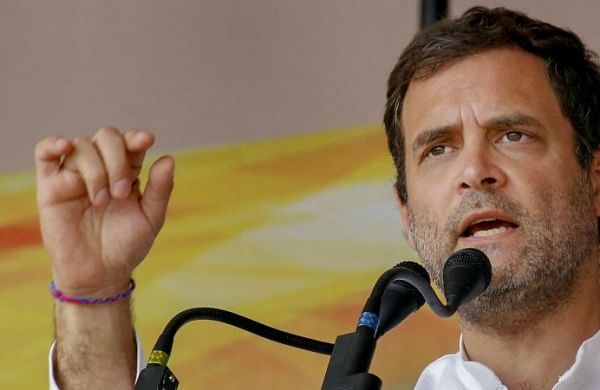 Addressing a ‘Sansad Gehrao’ protest here by the Indian Youth Congress, he targeted the prime minister over the issue of employment too.

“Your mobile phone is your voice. Narendra Modi has put the idea of Pegasus in the mobile phone of every youth, not just mine. This idea is that if you speak the truth, Narendra Modi and Pegasus are there in your phones,” he said.

“Pegasus is a way to silence the voice of people,” he said.

While the Opposition has been attacking the government over the Pegasus issue and accusing it of spying, the ruling party has denied all charges.

Gandhi said the day the youth of the country start speaking the truth, the Modi government will crumble.

The youth of the country cannot get employment till Modi is the prime minister, he said.