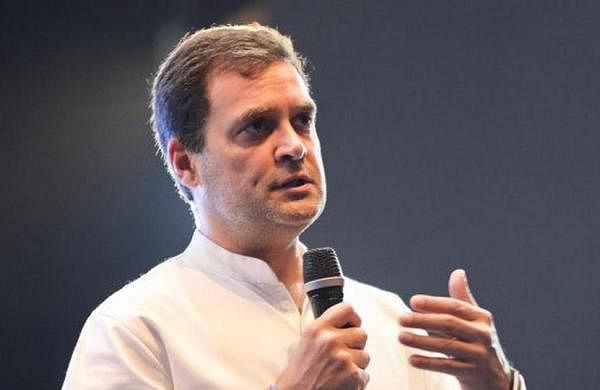 NEW DELHI: Ahead of a key party meeting to discuss organisational elections and the much-touted ‘Bharat-Jodo Yatra’ starting October 2, Congress leader Rahul Gandhi flew abroad on a personal visit. However, he is expected to be back before the start of Parliament’s monsoon session on July 18 and polling for presidential elections.

Congress president Sonia Gandhi has called a meeting of the party’s central in-charges, states heads, and chiefs of frontal organisations on July 14. The agenda is discussion on party president’s elections scheduled in mid-August and Kashmir to Kanyakumari ‘Bharat Jodo Yatra’.

Sources said Rahul flew to Europe early Tuesday and will be back to attend the monsoon session next week.

The trip comes at a time when the party is struggling to keep its flock together in Goa, where a group of Congress MLAs are looking to defect to the BJP.

The meeting is expected to discuss the election for party president which has been pending for long.

Rahul had resigned as Congress chief in 2019 after the party’s debacle in the Lok Sabha elections. Rahul has often faced flak for his frequent visits abroad, especially at crucial junctures.

His recent visit to Cambridge, UK, had courted controversy with the BJP saying that he did not take permission for the event.

The Congress had said that for private events, MPs don’t need clearance from the foreign ministry.

In May this year, the BJP circulated videos of Rahul at a nightclub in Kathmandu where he had gone to attend a friend’s wedding. Congress chief Sonia Gandhi will also chair a meeting of Congress Parliamentary Strategy Group on Thursday to discuss party’s strategy for upcoming monsoon session of Parliament starting July 18.

The Congress is looking to raise issues related to Agnipath scheme, inflation, unemployment and Indo-China border issues among others.  The Centre has also called an all-party meeting on July 17.