Rafale in India: Indian Ambassador thanks French Government and Dassault for Rafale jet 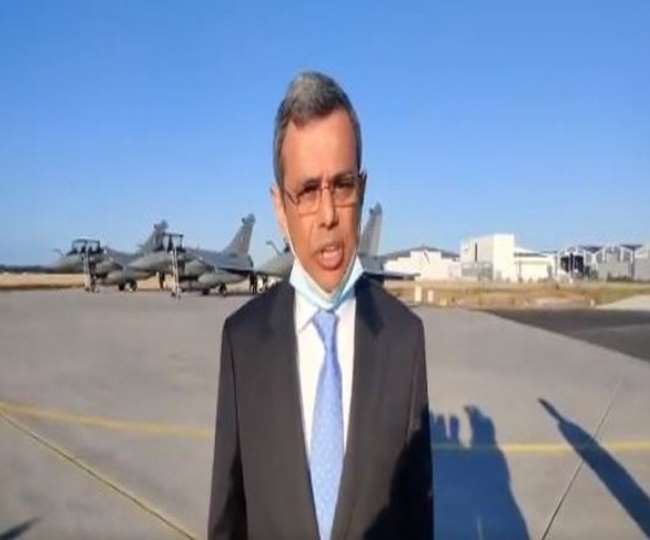 Merignac (France): Indian Ambassador to France, Javed Ashraf, on Monday thanked the French government and Dassault Aviation for the timely delivery of five Rafale fighter jets. Let me tell you that shortly before, Marignac Air Base Rafale aircraft in southwest France have left for India. Flagging off the fighter aircraft, the Indian Ambassador said, “Our Air Force pilots tell us that these are extremely fast, agile, versatile and very deadly aircraft. You can call them both ‘Beauty and Beast’. These are great flying machines. Flown by the world’s best pilots. We would like to thank Dassault for delivering the aircraft on time. We also want to thank the French Government and the France Air Force for all the support they have given. ‘

He said, ‘This is going to add great power to our air power and defense preparedness. It also signifies a powerful strategic partnership between India and France. The Ambassador also held talks with the Indian crew who brought the aircraft to India, bringing 17 Golden Arrows Commanding Officer pilots to Rafale planes from France. All pilots have been trained by the French Dassault Aviation Company.

The ambassador said that he is about to take a long flight. It is a notable symbol of their professionalism, endurance and skills that they have acquired during training that they will reach there with only one stop for India. We wish him a pleasant journey to India and a safe landing. Explain that these planes, which have left from France, will be landed at an airbase in the United Arab Emirates and will be fueled by the tanker aircraft of France. After this, the aircraft will travel further to Ambala Airbase. The Air Force will be inducted on July 29 at Ambala’s Airforce station.