Rafael Nadal: No excuses for failing to serve out for match against Daniil Medvedev 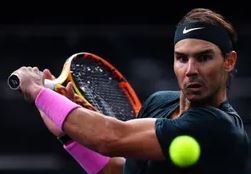 20-time Grand Slam champion Rafael Nadal wasn’t interested in trying to find excuses for failing to serve out for the match against world No. 4 Daniil Medvedev at the Nitto ATP Finals. Nadal, who was aiming to lift his maiden Nitto ATP Finals title at the age of 34, was up by a set and a break before Medvedev created a stunning comeback to win 3-6 7-6 (4) 6-3 their semifinal match.

I’m the 10th game of the second set — when Nadal was serving for the match — he got broken to love. ” I don’t know. I think I achieved enough to not find an excuse about the pressure,” Nadal said after the match, per Metro UK.

“I know I won enough matches and enough tournaments in an even more difficult situation than this one and even in more important matches than tonight. So I don’t feel that way. “I feel I played a bad game. Of course you are nervous to win the match.