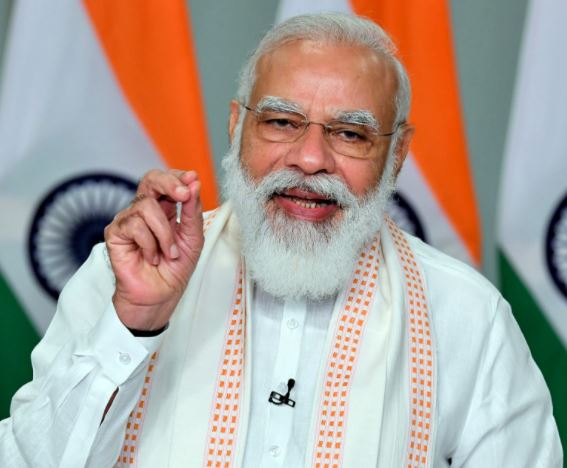 Prime Minister Narendra Modi on Wednesday said earlier governments did not make the most of India’s potential and cited the rail coach factory in Congress president Sonia Gandhi’s Rae Bareli Lok Sabha constituency as an example.

Asserting that “positive mindset and approach are needed to change things,” he laid stress on realising “our full potential to ensure development of the nation”.The Prime Minister was speaking at the centennial foundation day of Lucknow University via video link on Wednesday.

“For long, it has been a problem that we have not utilised our potential to the full. In the past, it was also true for the governance of our country. We have tried to change this after coming to power,” he said.

“The rail coach factory in Rae Bareli is an example of how we can change things by changing our outlook. The factory was set up many years ago and had all the machinery to make train coaches, yet only denting-painting (maintenance) was done there. Tall promises were made for the factory, but nothing changed. When we came to power in 2014, we looked into the affairs and, within six months, the factory started making rail coaches. It is now one of the biggest coach manufacturers in the country,” he said.The PM also cited urea production in the country to underline his point.

“I was surprised to know that despite having sufficient urea plants, the country was importing urea only because our plants were not working to their full potential. The previous governments had not done much to change this. When we came to power, we made changes, and now the country has become self-reliant in urea,” he said.

Will power and good intentions were equally important as capabilities, he said.He also spoke about his experience of popularising khadi with the help of students in Gujarat through a fashion show at Porbandar on Gandhi Jayanti in 2002.This made khadi “fashionable”, he said, adding that the quantity of khadi sold in the last six years was more than that sold in 20 years before 2014.