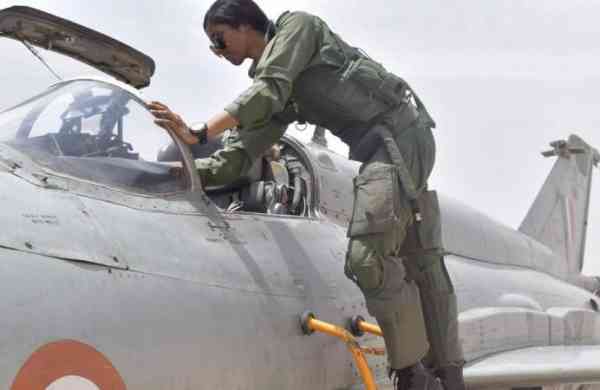 Express News Service
NEW DELHI: Flight Lieutenant Bhawana Kanth will be a part of the Republic Day parade this year to become the first woman fighter pilot to take part in the ceremonial event on January 26

“I had been watching the Republic Day Parade on television and now now I am going to be a part of it. It is a matter of pride for me,” said Bhawana.

Bhawana was part of the first batch of three women fighter pilots of the Indian Air Force in 2016. Hailing from Bihar, Bhawana joined the fighter squadron in November 2017 and became operational in March 2018 after her solo flying in a MiG 21 Bison.

A total of 42 aircraft (IAF and Army) will be participating in Republic Day flypast this year. There will be 15 fighters, 5 transport aircraft, 17 helicopters, one vintage aircraft, and four Army Aviation helicopters.

The flypast will culminate with Rafale fighters carrying out the ‘Vertical Charlie’ formation, the IAF said.

In the ‘Vertical Charlie’ formation, the aircraft flies at low altitude pulls up vertically, and conducts rolls before stabilising at higher altitude.

The Bangladesh Army Contingent is participating in the Republic Day Parade as a special invitee to commemorate the Golden Jubilee of the 1971 war. The IAF’s vintage Dakota aircraft, flanked with two MI 17 1V helicopters will be flying past in Rudra Formation at the time when the Bangladesh Contingent will be Marching past the President Ram Nath Kovind’s saluting dais.

The Air Force Marching contingent of 100 personnel will be let by Flt Lt Tanik Sharma. There will be total of four officers and 96 other ranks.

Rafale multirole fighters were officially inducted into the IAF in September 2020 and eight of the 36 purchased at Rs 59,000cr in 2016 have joined the IAF till now. All Rafale fighters will join the IAF by 2022.