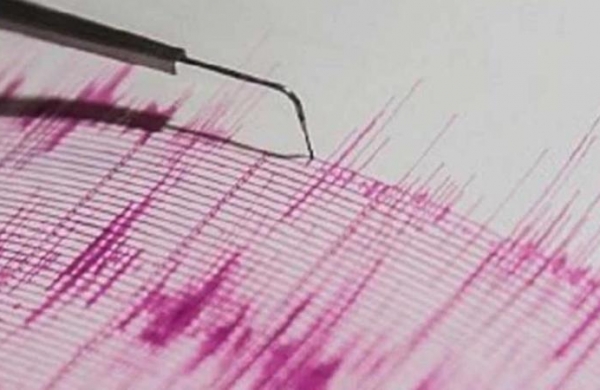 By PTI
NEW DELHI: A high intensity earthquake hit Tajikistan on Friday night, tremors of which were felt in Delhi NCR and several other parts of north India.

The seismology department at first erroneously gave the epicentre as Amritsar and put the quake’s depth at 19 km.

It later sent a revised statement to confirm the quake was in Tajikistan.

It ascribed the error to a software mistake.

According to the National Centre for Seismology (NCS), the magnitude of the quake was 6.3.

The tremors created panic among people who rushed out of their homes.

However, there were no immediate reports of any loss of life or damage to property.

Congress leader Rahul Gandhi, who was virtually interacting with students of University of Chicago, was heard saying, his entire room was “shaking”.

National Conference (NC) leader said the tremors reminded the people of the 2005 quake in Jammu and Kashmir.

“Not since the earthquake of 2005 have the tremors in Srinagar been bad enough to force me out of the house. I grabbed a blanket & ran. I didn’t remember to take my phone & so was unable to tweet ‘earthquake’ while the damn ground was shaking,” he tweeted.

“The epicentre of the earthquake is Tajikistan. Our preliminary findings said the epicentre was Amritsar. We have now revised the epicentre,” J L Gautam, Operations Head of the NCS said.

According to M Rajeevan, Secretary in the Ministry of Earth Sciences, “The message was wrongly taken out by the system. It has been corrected.”

The NCS had also said there were two quakes – the Tajikistan one occurred at 10.31 PM while the Amritsar quake happened at 10.34 PM.

“There was only one quake,” Gautam said later.

The Himalayan and the Hindukush mountain ranges are prone to quakes and many a time its tremors can be felt across the Indo-Gangetic belt.

According to the Delhi fire department, no calls were immediately received for help.

Rajasthan Governor Kalraj Mishra also tweeted about the tremors and prayed for well being of all.

In Chandigarh, Class 11 student Aditya, who was preparing for his school exams, said “I thought somebody was pushing my chair.”