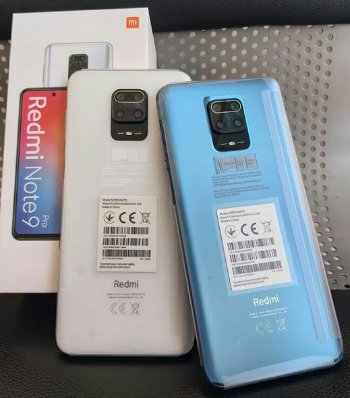 is reportedly working on the Redmi Note 10 series. Rumors have it that the Redmi Note 10 models will go official either this month or in October. A Xiaomi smartphone with M2007J22C was approved recently by the State Radio Regulation Certification (SRRC) authority of China. A leakster with a good track record claimed that it is a Redmi Note 10 series device. Two leaked shots of the alleged phone have appeared on Weibo to reveal some of its key details.

While the authenticity of the images could not be confirmed, one of the live shots shows that its model number is M2007J22C. The image reveals that the phone has a display with a small round-shaped cutout for the selfie camera at its top-left corner. The image shows that the phone is powered by a 2.4GHz octa-core processor and it has 8 GB of RAM. The smartphone is preinstalled with MIUI 12 based Android 10 OS. While there are speculations that the Dimensity 820 and Dimensity 720 will power the Redmi Note 10 series, the 2.4GHz clocking speeds do not seem to match with both the Dimensity chipsets. In fact, the Dimensity 800U chipset that was announced last month can deliver clocking speeds of up to 2.4GHz. Even the Snapdragon 765G can offer the same clocking speeds. Hence, it is unclear which processor fuels the M2007J22C smartphone.