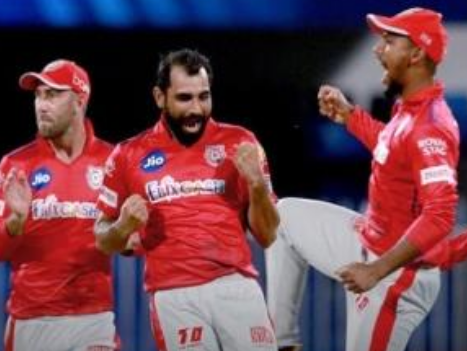 Kings XI Punjab continued their tremendous performance with the best half-centuries of Universe boss Chris Gayle (51) and Mandeep Singh (66 not out) after the superb bowling of fast bowler Mohammad Shami (three wickets for 35 runs) on Monday. Recorded their fifth consecutive win by eight wickets and strengthened their claim to the playoffs.

Punjab stunned Kolkata with a modest performance of 149 runs for nine wickets in 20 overs with a brilliant performance from their bowlers, who scored an easy victory by scoring 150 runs for two wickets in 18.5 overs. This is Punjab’s sixth win in 12 matches and has 12 points. Punjab has now come in fourth place. Kolkata, on the other hand, suffered a sixth defeat in 12 matches and also have 12 points in their account. Kolkata has slipped to fifth position.

Although the Kings XI Punjab team, captained by KL Rahul, had lost a few matches in a row, after that the team made a spectacular comeback and put up a winning streak. With this victory, the chances of the team going into playoffs still remain. In the first batting, the team of Kolkata Knight Riders had scored only 149 runs, that is, Kings XI Punjab needed 150 runs to win. The team achieved this score in 18.5 overs at the loss of two wickets. Now the Kings XI Punjab and Kolkata Knight Riders have both got 12–12 points, in such a situation the battle of play has become even stronger and it is difficult to say which of these teams will reach the playoffs. Captain KL Rahul could not score big today from Kings XI Punjab and was dismissed after scoring 28 runs. After this, Chris Gayle and Mandeep Singh led the team to victory. When the team was very close to winning, Then Chris Gayle was dismissed after scoring 51 runs. At the same time, second opener Mandeep Singh also completed his half-century and managed to win the team.