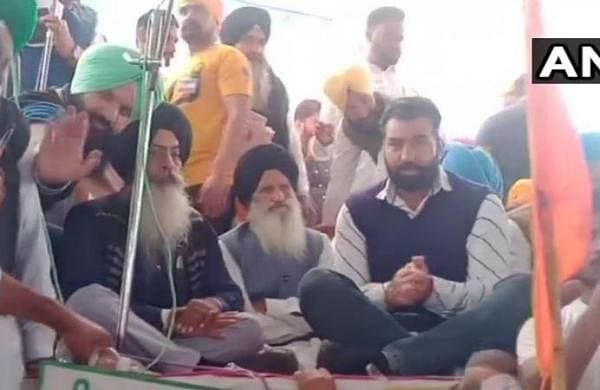 BATHINDA: Gangster-turned-activist Lakha Sidhana is in the fray from the Maur Assembly seat in Punjab’s Bathinda district and appeals to people to read newspapers, pool funds to open libraries while saying he wants to promote the Punjabi language.

Sidhana is one of the accused in the last year’s Delhi Republic Day violence and has been fielded by the Sanyukt Samaj Morcha, a political outfit of various farmer bodies. Forty-two-year-old Sidhana, who is facing several criminal cases, was quite active in the farmers’ agitation against the Centre’s farm laws, which were later repealed.

“I am a fearless person who can raise voice for my people. You all have seen my contribution to the farmers’ agitation,” says Sidhana wherever he goes for campaigning.

Sidhana invariably mentions the need to promote “maa boli Punjabi” (Punjabi language) and Punjabiyat. He and his supporters had even blackened signboards written in Hindi and English in Bathinda and had asked the authorities to use Punjabi as primary language.

He is demanding Punjabi be made a compulsory subject in all convent schools of the state. During campaigning, Sidhana appeals to villagers to read newspapers and pool funds to open libraries. He also tries to create awareness among people about air pollution and depleting underground water.

He asks people to fight against private healthcare facilities for overcharging patients during the COVID-19 pandemic. “Police complaints were filed when I made the doctors not charge exorbitantly from the poor. Similarly, I resolved matrimonial disputes where innocent women were harassed by their in-laws,” he claims.

In the same breath, he also does not shy away from discussing his criminal past. “I suffered three bullet injuries during electioneering about a decade ago. After having a brush with death, I realised my blunder. I deeply regret my criminal past,” Sidhana says.

While appreciating AAP’s CM face Bhagwant Mann, he quickly expresses his strong difference with Aam Aadmi Party national convener Arvind Kejriwal. “Kejriwal wants to control Punjab, whereas we need a leader from our own state for good governance. I admire Bhagwant. But he is powerless before an autocrat like Kejriwal,” he alleges.

A supporter, Amarpreet Singh (65), who has come all the way from Uttarakhand to campaign for him, says, “I feel he is the future. He is always worried about the community’s wellbeing. Punjab and Punjabiyat is what he is fighting for.”

His followers and friends remember him as a tireless crusader against drug addiction. They say his fear has resulted in his village being free of drugs. “Perhaps this is the only village in Punjab where synthetic drug is out of reach,” says another supporter Arsh.

Sidhana gets a warm reception from villagers, mostly the youth. He undertakes door-to-door campaigns to greet the elderly. He banks on his role during the farmers’ agitation. At one of the gatherings in Maur, a woman sought votes for Sidhana, saying he was the one who paid the fee for her daughter who is now well settled in Germany.

In 2012, Sidhana had contested his first election unsuccessfully from Rampura Phul Assembly segment as a candidate of People’s Party of Punjab (PPP) that was floated by Manpreet Singh Badal before it was merged with the Congress.