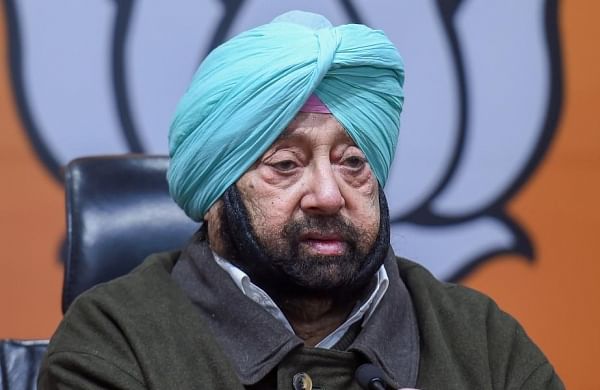 CHANDIGARH: A farmhouse in Mohali’s Siswan, ancestral Moti Bagh Palace in Patiala, diamond and gold jewellery are among the total assets worth Rs 68.73 crore declared by former Punjab Chief Minister Amarinder Singh during the filing of his papers for the Assembly polls here.

Singh was accompanied by BJP leader Gajendra Singh Shekhawat during the submission of his papers from the Patiala Urban seat.

According to his affidavit, Singh owns moveable assets worth Rs 10.42 crore. He owns immovable assets worth 58.31 crores. The 79-year-old scion of the erstwhile Patiala royal family has no vehicle in his name.

Singh, under his Hindu Undivided Family (HUF) category, has declared Moti Bagh Palace in Patiala, an inherited property, having a market value of Rs 35 crore and a farmhouse in Mohali’s Siswan worth Rs 12.50 crore.

Singh served as the chief minister of Punjab twice. But he could not complete his last tenure as the Congress unseated him from the post of the chief minister in September last year amid a bitter power tussle with Punjab Congress president Navjot Singh Sidhu.

Voting for Punjab’s 117 Assembly seats will be held on February 20 and the counting will take place on March 10.