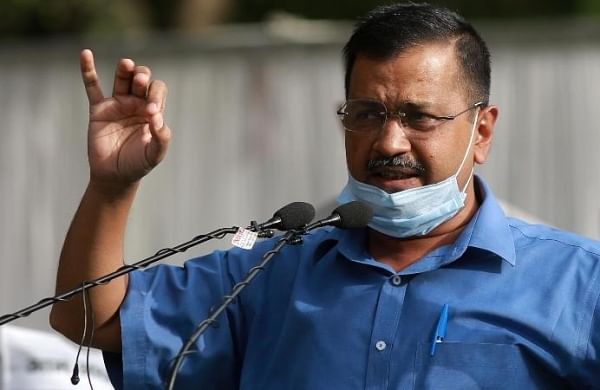 CHANDIGARH: Slamming the ruling Congress for ‘misgovernance’ both Aam Aadmi Party and Shiromani Akali Dal claimed they will independently form the next government in Punjab. Meanwhile, Chief Minister Charanjit Singh Channi claimed he worked days and night to best of his abilities.

AAP Punjab president and Parliament member Bhagwant Mann, while welcoming the Election Commission’s announcement of poll dates, claimed that his party was amply prepared for the contest. Mann appealed to the people of Punjab to “write down their destiny with their own hands on February 14 to put Punjab on the track of prosperity, peace and harmony again”.

Mann said voters of the state should cast their votes to “get rid of those who have been looting Punjab for their vested interests”. He claimed the people of Punjab have made up their mind to form the AAP government.

“This is evident from the fact that the people are reaching out in large numbers with their own resources and are generously supporting Kejriwal’s guarantees in the events being held by the party candidates. The results on March 10 will announce the victory of the people of Punjab,” he said.

Shiromani Akali Dal (SAD) president Sukhbir Singh Badal hailed the announcement of  Assembly polls and said the people of the state will immediately heave a big sigh of relief.

“This signals the end of anarchy, chaos, confusion and misgovernance in Punjab. The present rulers have reduced governance to a circus joke. People will heave a sigh of relief that it is over and the state will go back to the serious business of governance by the SAD- BSP alliance,” he said.

Punjab Chief Minister Charanjit Singh Channi said his party would conduct the campaign as per the instructions of the Election Commission. “I have been the CM for 111 days I thank the people of Punjab and Congress. I worked to best of my abilities,” he said.

When asked whether he will be the CM face of the Congress, Channi said this decision would be taken by the party high command. “Whatever feedback the public gives the party, a decision will be taken accordingly,” he said.

Punjab BJP chief Ashwani Sharma said his party is fully prepared to contest the elections in the state. Sharma said that the days of “mafia rule” will soon be over and CM Charanjit Singh Channi, along with Congress president Navjot Singh Sidhu, will be “routed”.