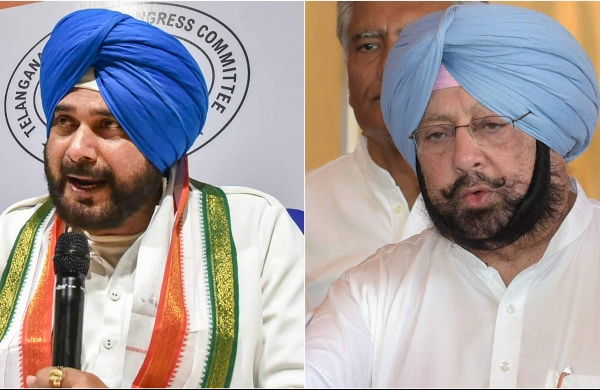 By Express News Service
NEW DELHI/CHANDIGARH :  Amid infighting in Punjab Congress, party in-charge for the state, Harish Rawat has said that decisions on organisational changes are expected by early July. Cricketer-turned-politician Navjot Singh Sidhu has been summoned to the national capital over his recent statements against Punjab Chief Minister Amarinder Singh.

The three-member panel under senior leader Mallikarujun Kharge has submitted its report to Congress chief Sonia Gandhi. An 18-point agenda was given to Amarinder, who appeared before the panel on Tuesday, with deadlines on issues related to sacrilege cases, liquor mafia and sand mining.

“The report related to organisational changes has been submitted and by July first week, a decision is expected. All comments made by Sidhu have been looked at and he has been called to appear before the panel to discuss the same,” said Rawat.

Sidhu is expected to appear before the panel on Thursday. The meeting comes after the Punjab CM assured the panel concerns will be addressed, but emphasised that Sidhu needs to be spoken to because his comments might damage the party’s chances in Assembly elections next year.

Several party MLAs have approached the top leadership, complaining that the Punjab government is being run by bureaucrats and inaccessibility of Amarinder. Sidhu has been targeting Singh over his non-induction in the cabinet. Sidhu has been eyeing the post of Punjab Congress chief. Amarinder is against it.The Punjab CM has been given deadlines to fulfill election manifesto promises. Rawat said this has to be done  within a stipulated time frame. “Many of the promises have been fulfilled. As far as the Bargari sacrilege issue is concerned, it  is an emotional issue. The  CM has been told to find a solution within the perimeters of law.”

Rawat added Amarinder has been asked  to take action against the sand and transport mafia. “On drugs, strong action has been taken. Action in pending cases will be taken soon,’’ he said. About Sidhu targeting Amarinder, Rawat said the committee has taken note of issues raised by him. “I have called for his statements. I will give him advice wherever needed.”