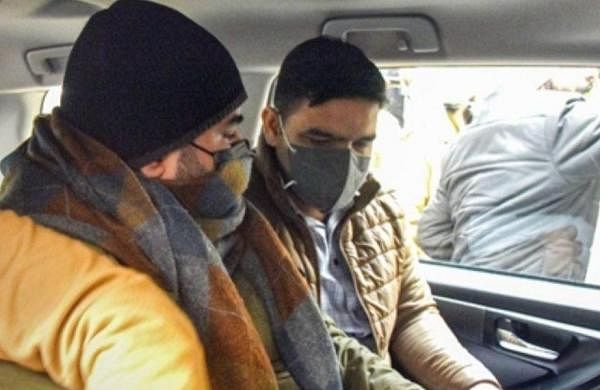 JALANDHAR: Punjab Chief Minister Charanjit Singh Channi’s nephew Bhupinder Singh Honey was produced before a court on Friday in connection with an alleged illegal sand mining case where he was sent to 14-day judicial custody.

Honey was arrested by the Enforcement Directorate (ED) in an alleged illegal sand mining case on February 3 from Jalandhar after a day-long questioning. He was remanded to the ED custody till February 4 after which his custody was extended till February 11.

ED’s action had come around 20 days after it seized more than Rs 10 crore, gold worth above 21 lakh and a Rolex watch worth Rs 12 lakh from the residential premises of Honey, and others in connection with an alleged illegal sand mining case.

The ED had declared the recoveries after it concluded its two-day raid conducted at the business and residential premises of the accused persons and their associates in over a dozen places in Mohali, Ludhiana, Rupnagar, Fatehgarh Sahib and Pathankot.

The federal agency had also raided the premises of the accused persons and their associates including Kudratdeep Singh, the owner of Pinjore Royalty Company, and his partners and shareholders Kanwarmahip Singh, Manpreet Singh, Sunil Kumar Joshi, Jagveer Inder Singh on January 18 and 19.