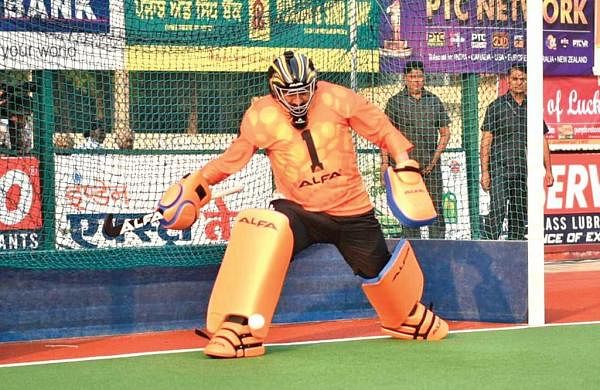 CHANDIGARH:  Punjab Chief Minister Charanjit Singh Channi today donned the role of a goalkeeper at an exhibition display during the half time of the final match of Surjit Hockey Tournament.

The CM had fifteen minutes of game in between the ongoing final match between Railways and Punjab and Sind Bank at the Katoch stadium at Jalandhar.

Channi, a sportsman himself having played handball at university level, donned the goalkeeper’s gear as he was urged by the stage master to try his hands in hockey.

Channi said that it go down as a remarkable day of his life which helped him relive youthful memories.

The entire stadium applauded when Channi and Pargat touched ground and exhibited a fine game of hockey.

Channi said that sports is the only means through which the unbounded energy of the youth can be channelised in a positive manner.

He said that Punjab government is committed for promoting sporting activities in the state.

He said that no stone will be left unturned ensure that players from Punjab excel in national and international sports arena.

Channi had practised for the exhibition display as he trained at the Balbir Singh (Senior) Hockey International Stadium in Mohali, a day ago, with former hockey players Prabhjot Singh, Baljit Singh Dadhwal and trainees of the Punjab Institute of Sports.