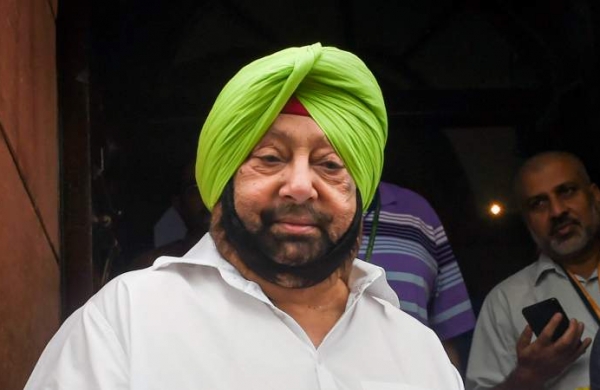 By PTI
NEW DELHI: Amid infighting within Punjab Congress, state Chief Minister Amarinder Singh will meet the three-member panel headed by Mallikarjun Kharge on Friday morning to resolve differences with MLA Navjot Singh Sidhu and take steps to strengthen the party at the grassroots level ahead of next year’s Assembly polls.

Meanwhile, the Punjab CM arrived in the national capital on Thursday.

Sources said Singh will meet the panel members at 11 am on Friday morning.

Congress leaders, including Anandpur Sahib MP Manish Tewari, met the panel on Thursday along with some MLAs and discussed possible ways to end the infighting and prepare for the upcoming polls in Punjab.

The panel also spoke to Rajya Sabha member from Punjab Ambika Soni and held deliberations with her.

Of late, Soni has not been keeping well.

Lok Sabha MP Tewari said there is no factionalism within Punjab Congress and this exercise is being done to strengthen the party and evolve a strategy before next year’s elections.

The MP added that it was normal for the Congress to hold such exercises to seek views of party leaders and he had given his suggestions to the panel.

At a press conference, Congress spokesperson Abhishek Singhvi said the committee was formed swiftly after the issue cropped up and a report would come out after internal discussions.

“The issue has been taken seriously by the party leadership. The committee was set up in the shortest possible time and will give its report soon,” Singhvi said.

Congress spokesperson and youth leader Jaiveer Shergill said the ongoing discussions are not a “crisis management” exercise but that of “election preparation” where suggestions are being taken to ensure that the Congress comes on top in 2022.

“The youth workers of Punjab Congress should get maximum opportunity in 2022,” he said after meeting the panel members.

After the day’s deliberations with various party leaders from Punjab, AICC general secretary in-charge for Punjab Harish Rawat told media persons that they would meet CM Singh on Friday.

“We also talked to many party candidates who contested the last Punjab assembly elections in 2017.

We are trying to iron out differences between various party leaders and will try to put up a united face in the 2022 Assembly elections in the state,” Rawat also said.

He also said all the three members of the panel spoke to Soni over telephone and held deliberations with her on how to strengthen the party.

Soni had earlier sent a letter to Sonia Gandhi about the prevailing situation in Punjab Congress, amid an open war of words between the chief minister and his former cabinet colleague Navjot Singh Sidhu.

Sources said the attempt behind setting up the panel was to resolve the issue of factionalism and minimise the internal rift within the party and present a united face.

Sources added that in the bid to unite all factions, Sidhu may be included in the cabinet once again and elevated as deputy chief minister, along with some others including a Hindu and a Dalit face in Punjab.