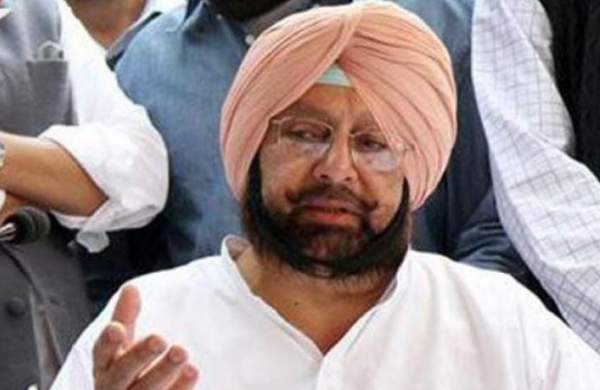 By PTI
CHANDIGARH: Punjab Chief Minister Amarinder Singh has invited party leaders for tea on Friday from where they will “all go for the installation” of the new Congress team under Navjot Singh Sidhu, his media adviser said, signalling truce in the dissension-riven party.

The tweet by the CM’s media adviser came after Kuljit Singh Nagra and Sangat Singh Gilzian, two of the four newly appointed working presidents for the state party unit, extended a formal invite to the CM at his farmhouse in Mohali’s Siswan for the installation ceremony.

Sidhu and Amarinder Singh have been at loggerheads for the past some time, with the Amritsar (East) MLA recently attacking the CM over the desecration cases.

The chief minister had opposed Sidhu’s appointment as the state Congress chief and had said he won’t meet him until the cricketer-turned-politician apologises for his “derogatory” tweets against him.

On Thursday, after the Congress leaders met the chief minister, the media adviser tweeted, Punjab CM @capt_amarinder has invited all @INCPunjab MLAs, MPs and senior party functionaries at Punjab Bhawan for tea at 10 am on Friday. They will all then go to Punjab Congress Bhawan together from there for the installation of the new PPCC team.”

Nagra told reporters that the CM will come to the event.”

An invitation from the pardhan sahib (PPCC president), ministers and MLAs has been given to the CM.

He has accepted the invitation and will reach there to give his blessings,” said Nagra.

Sidhu will be taking over from incumbent state Congress chief Sunil Jakhar.

Incharge of Punjab affairs at the AICC, Harish Rawat, is also expected to attend the event.