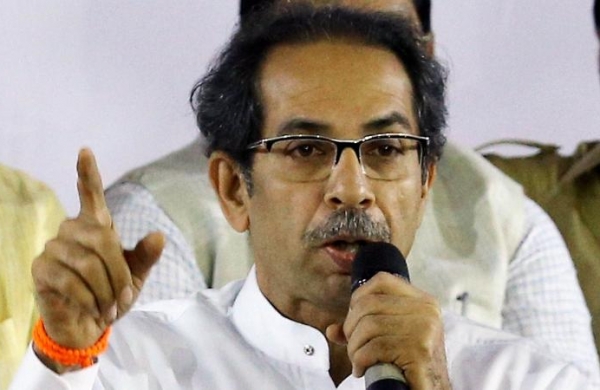 By PTI
MUMBAI: The BJP on Saturday said it would not give up its demand for the ouster of Maharashtra Forest Minister Sanjay Rathod over the death of a woman in Pune, and slammed the state government for filing a case of corruption against the husband of its leader Chitra Wagh.

Chitra Wagh, vice president of state BJP, was vocal on the issue of Rathod’s alleged link to the woman’s death, and therefore her husband was targeted, the party claimed.

The opposition party had earlier warned that it would not allow the Budget session of the state legislature, which will start from March 1, to proceed smoothly if the minister did not resign.

“We are not going to accept anything other than Rathod’s resignation. We have intensified our agitation and various cells of the party will continue protesting until we get his resignation,” state BJP chief Chandrakant Patil told reporters.

He also questioned the probe by Wanwadi police in Pune in the woman’s death.

“The police should make the post-mortem report public. What is there to hide?” he asked.

Patil also sought to know why NCP chief Sharad Pawar, whose party is part of the Shiv Sena-led coalition government in Maharashtra, was silent on the issue.

The 23-year-old woman died after falling from a building on February 8, and Pune Police had said they were probing the suicide angle.

Some audio clips purportedly having bearing on the case had gone viral after her death.

Rathod, a Shiv Sena leader from Yavatmal, has denied that he had anything to do with the death.

Commenting on the police filing a fresh case against Chitra Wagh’s husband Kishor, Patil said, “Let the government try and scare us. We will not backtrack on our demand.”

An ACB official said that enquiry against Kishor Wagh, who worked as records librarian at a hospital in Mumbai, found that 90.24 per cent of his assets were disproportionate.

“When I raised voice against minister Rathod, a case was filed against my husband. But I will not keep mum till the woman gets justice,” Chitra Wagh told reporters in Nashik.

Leader of Opposition in the Legislative Council Pravin Darekar alleged that this was politics of revenge as Chitra Wagh was vocal against Rathod.

Countering him, state Congress spokesperson Sachin Sawant pointed out that the case against Kishor Wagh was filed by the then BJP government in 2016.

Chitra Wagh quit the NCP ahead of Assembly polls in 2019 and joined the BJP.