Pumped up David Warner says, “we have beaten RCB in 2016 finals, we can do the same in eliminator 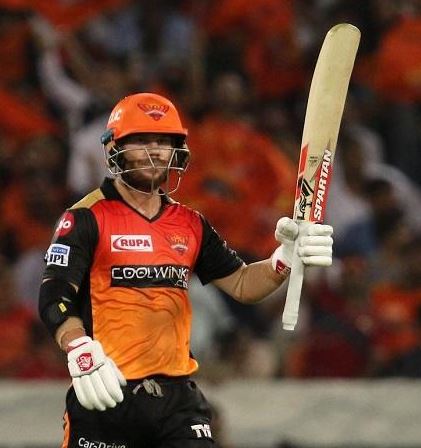 In Dream11 IPL 2020, after registering a comprehensive ten-wicket win over Mumbai Indians, SunRisers Hyderabad (SRH) skipper David Warner is now looking forward to eliminator against Royal Challengers Bangalore. SRH will face off against Virat Kohli led RCB in the eliminator on 6th November. According to Warner, SRH has earlier also beaten in the IPL 2016 finals and they are capable to do the same this time as well.“RCB are a very good side. They have a lot of dangerous players. We beat them in the 2016 final. Another do-or-die game. Hopefully, we can carry the momentum from this MI game and win,” Warner signed off.

Warner also hailed the resilience shown by every player of his side in the last few games in the ongoing season of the Indian Premier League. With this win, SRH qualified for the playoffs and the side finished with 14 points from 14 matches. Warner and Wriddhiman Saha played unbeaten knocks of 85 and 58 respectively as SRH defeated Mumbai Indians by ten wickets with 17 balls to spare.