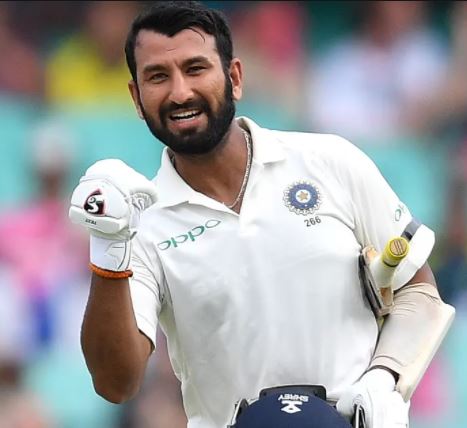 Cheteshwar, the most trusted batsman in the current Indian Test team, can become six thousand against Australia in the four-Test series starting in Adelaide from 17 December. Pujara, 32, has scored 5840 runs in 77 Tests at an average of 48.66 which includes 18 centuries and 25 half-centuries. He needs only 160 runs to complete six thousand runs in Test cricket. Pujara, better known as Mr. Trusty, played his last Test in Christchurch against New Zealand in February-March this year. After this, he remained out of the cricket field due to Corona for more than eight months.

He was not part of any team in the IPL in the UAE and reached Dubai in the last leg of the IPL so that after the end of the tournament, he could go straight to Australia with the remaining players. Former Australian fast bowler Glenn McGrath says that Pujara has been out of the field for a long time so this time he may have to struggle to score runs on Australian pitches. Pujara was the most successful in the previous Australian tour of 2018-19 and played an important role in winning the series 2–1 to India.

In the last tour, Pujara scored 521 runs in four Tests with the help of three centuries and a half-century, which was the highest among the players of both teams. After him, Rishabh Pant, who was second, had 350 runs and captain Virat Kohli had 282 runs. These figures can be gauged by how dependent the Indian team is on Pujara in terms of batting. Although Pujara has expressed confidence that he has been out of the ground, but he will return to his rhythm from practice before the series.