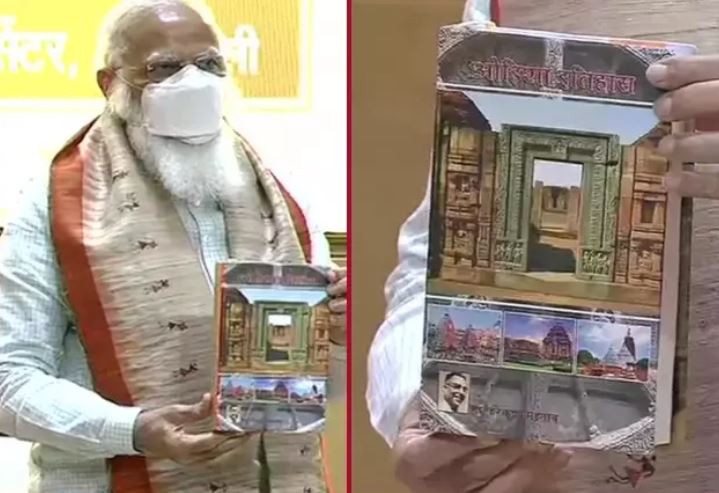 Narendra Modi released the Hindi translation of the book ‘Odisha Itihaas’ written by ‘Utkal Keshari’ Dr Harekrushna Mahtab on Friday. The book, available in Odia and English so far, has been translated into Hindi by Shankarlal Purohit.

“The book has been published in the year when the nation is celebrating Azadi Ka Amrut Mahotsav. This yr also marks 100 yrs of the incident when Harekrushna Mahtab left college & joined in the freedom struggle. When Gandhi ji started Dandi Yatra, he led the movement in Odisha,” said PM Modi.
Union Minister Dharmendra Pradhan and Bhartruhari Mahtab MP(LS), Cuttack was also be present on the occasion.

The event marking the release of the Hindi version has been organised by Harekrushna Mahtab Foundation,’ informed the press release by the Prime Minister’s Office.

Dr Harekrushna Mahtab was a notable figure in the Indian Independence Movement. He also served as Chief Minister of Odisha from 1946 to 1950 and from 1956 to 1961. He wrote the book ‘Odisha Itihaas’ in Ahmednagar Fort Jail, where he was imprisoned for more than two years during 1942-1945.