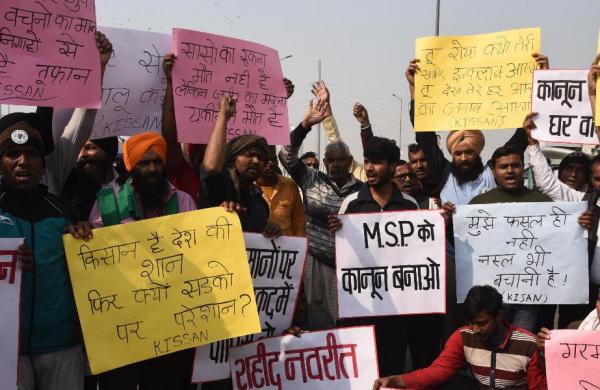 By PTI
NEW DELHI: Farmer unions on Monday announced a countrywide ‘chakka jam’ on February 6 when they would block national and state highways for three hours in protest against the internet ban in areas near their agitation sites, harassment allegedly meted out to them by authorities, and other issues.

Union leaders told a press conference at the Singhu Border here that they will block the roads between 12 pm to 3 pm on February 6. They also alleged that farmers have been “ignored” in the Union Budget 2021-22, and water and power supply have been curtailed at their protest venues.

The Samkyukt Kisan Morcha, an umbrella body of protesting unions, also alleged that the Twitter accounts of Kisan Ekta Morcha and a user named ‘Tractor2Twitter’ have been restricted. Swaraj Abhiyan leader Yogendra Yadav alleged the action against the Twitter account was taken on the “request of government authorities”.

He also claimed that the Union government has “reduced the allocation to agriculture sector” in this budget.