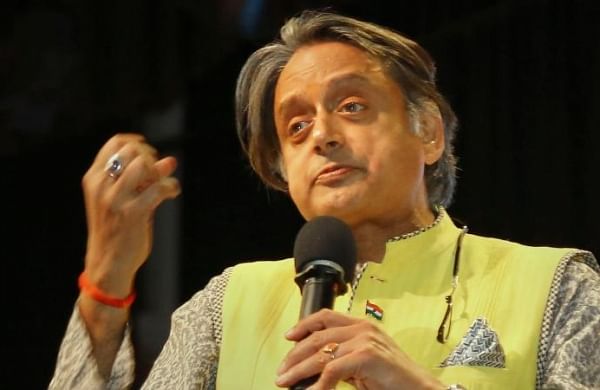 NEW DELHI: Describing the party’s Chintan Shivir as an exercise in reform and revival, Congress leader Shashi Tharoor on Wednesday said “the proof of the pudding is in the eating” and it remains to be seen whether the “process” will end up where many leaders wanted it to.

Tharoor, among the group of 23 leaders who had written to party chief Sonia Gandhi in 2020 seeking large-scale reforms, said “reformists” at the end of the day wanted a more consultative process where a wide variety of voices would be heard and taken into account before decisions were made.

“If such discussions occur in the proposed advisory council, the purpose would have been served,” he told PTI in an interview.

But that remains to be seen, Tharoor added.

“Our proposals like the revival of the parliamentary board and the idea of elections to the Working Committee were both intended to bring fresh voices to the table. The final decisions after such discussions would always rest with the leadership,” he asserted.

Following the May 13-15 brainstorming session in Udaipur, Sonia Gandhi announced an advisory group drawn from the Congress Working Committee.

She said it was “not a collective decision-making body” and would help her get the benefit of senior colleagues’ vast experience.

Referring to the deliberations at the Shivir, Tharoor said, “Serious discussions were held in a constructive spirit amid much talk of change in the air. But whether it will end up where many of us had wanted remains to be seen.”

“Let’s say a process has begun that still needs to unfold over the next few months. The cliché holds true: the proof of the pudding is in the eating,” the Lok Sabha MP from Thiruvananthapuram added.

He said the issue of Rahul Gandhi as party president was not discussed to the best of his knowledge.

While some of his colleagues certainly made such suggestions, they were not part of a structured discussion, the Congress leader said.

“Still, there remains no doubt that Rahul Gandhi would be the preferred choice of an overwhelming majority of party workers. He has not indicated whether he wants the job.”

“I suppose we will have to wait for the proposed AICC (All India Congress Committee) to settle that issue,” Tharoor said.

On the issue of ‘soft Hindutva’, hotly debated at the Shivir, he said it is clear the party’s fundamental commitment to India’s pluralism and diversity is “non-negotiable”.

“We have long used the word secularism for this, but secularism implies a distancing from religion, whereas we in India are deeply implicated in religious practices, customs, rituals, festivals and conventions. The Congress has no problem with its members showing respect for all religions,” Tharoor said.

As an MP, he stressed, he goes to temples, churches and mosques in his constituency all the time – to temples as a devotee, to the others to demonstrate respect for the sacred beliefs of his constituents and fellow-citizens.

“This may not seem very secular, but it is not ‘soft Hindutva’ by any means. Hindutva is a political ideology that has little to do with religion or the Hindu faith – it is a doctrine that preaches the supremacy of a particular cultural identity, in violation of the key Hindu tenet that teaches us the acceptance of difference,” Tharoor said.

This kind of majoritarian politics is alien to the Congress, he asserted.

Responding to regional parties such as the RJD criticising Rahul Gandhi’s remarks that they cannot fight the BJP-RSS as they lack ideology, Tharoor said he does not think any slight was intended other than to point out that their vision is by definition regional whereas the Congress is a national party with a presence in every district of the country.

“My personal view is that all of us like-minded parties, both regional and national, will have to work together to take on the NDA in 2024. Otherwise, we will see an irrevocable transformation of India into an intolerant, narrow-minded autocracy led by a majoritarian-minded BJP,” he said.

Asked about reform measures such as a collective leadership and a parliamentary board not being fully accepted at the Shivir, Tharoor said he was in the political committee and not privy to discussions in the organisation committee where such matters were dealt with.