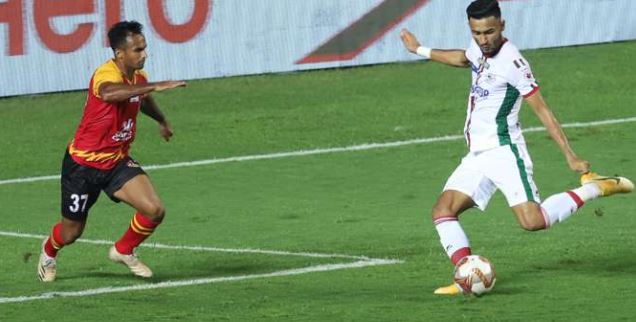 Friday evening was eventful for the Indian football audience. It was a special night not only because Indian Super League (ISL) hosted its first-ever Kolkata derby but also due to the fact that Robbie Fowler is making his debut in Indian football.

The Liverpool legend was announced as the head coach one of the Kolkata giants a few months ago and people have been waiting to get a first impression of the club in their first season in ISL – and the first impressions are positive.

Two well-taken goals in the second half – by Roy Krishna and Manvir Singh – put the game beyond doubt and out of reach of East Bengal. Full credit to Bagan for taking their chances and going atop the ISL table with six points after two matches.

But it was a closer contest than what the scoreline would suggest. East Bengal was always in the game right until the final minute and looked like they could score at any point in the game. Considering the pre-season that they have had, they looked nearly ready and that is impressive.