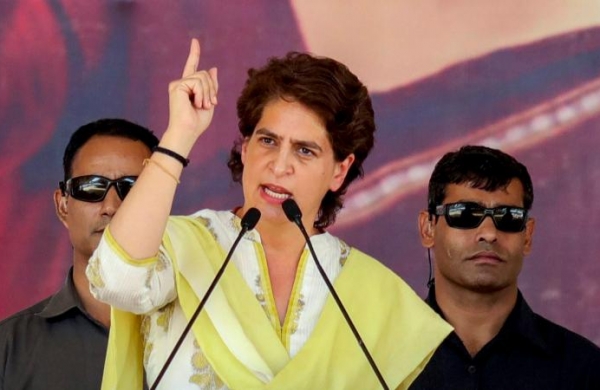 By PTI
NEW DELHI: Congress leader Priyanka Gandhi Vadra hit out at the Adityanath government on Wednesday over the gang rape and murder in Budaun district, alleging that there was something wrong in the intentions of the Uttar Pradesh administration on the issue of women”s security.

The 50-year-old woman was gang-raped and brutally murdered allegedly by a priest and two others on Sunday when she had gone to a temple. The three suspects have been booked and two of them arrested on Tuesday, police said.

Tagging a media report, Priyanka Gandhi tweeted: “In Hathras, the government administration did not listen to the voice of those pleading. The government saved officials and suppressed the victim”s voice.”

“In Budaun, the police station officer did not listen to the one pleading and did not even examine the place of the incident. There is something wrong in the UP government”s intentions on women’s security,” she added.

Priyanka Gandhi, who is the Congress” general secretary incharge of Uttar Pradesh, and party leaders has been attacking the Adityanath government over law and order, alleging that criminal activities were rampant, a claim denied by the state government.

The Budaun incident comes months after a Dalit woman from Hathras was allegedly raped by four men on September 14 and died on September 29 at Delhi’s Safdarjung Hospital.