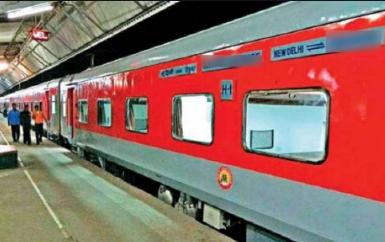 The Indian Tejas Train (Tejas Train) of the Indian Railway Catering and Tourism Corporation (IRCTC) will start from October 17. The operations of these trains have been stopped since 22 March due to Corona virus. Before Dussehra-Diwali, these trains are being started for the convenience of passengers.

Right now Tejas trains running on the route from New Delhi to Lucknow and Ahmedabad to Mumbai are being started. Train running between Indore to Varanasi will not be started yet. According to IRCTC, booking of these trains will start from Thursday 8 October. The decision was taken in a meeting between IRCTC and Railway Board officials on Tuesday. Passengers will get food packed in the train.

In Lucknow, passengers will have to arrive 90 minutes before train time at 4.30 am. Due to this, tea and snacks will be given to the passengers. The Tejas train runs between Indore and Varanasi under the name of Kashi-Mahakal Express, which is not being started yet. A decision will be taken later.It is the first train in the country to compensate passengers for its delay. Compensation of 100 rupees for delay of more than one hour of train and 250 rupees for delay of more than two hours.