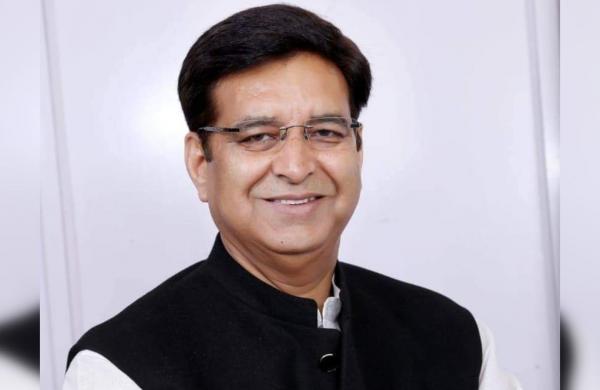 By PTI
DEHRADUN: Former Uttarakhand Congress president Pritam Singh on Monday took charge as the Leader of Opposition in the state assembly. He succeeds Indira Hridayesh who died last month. Soon after taking charge, Singh said Congress is all set to return to power in 2022.

“People are disappointed with the so called double engine government. They are looking for change. They gave BJP a powerful mandate in 2017. Still the party failed to give them a stable government. Three chief ministers in four-and-a-half years of whom one had to step down in just four months. The two Rawats (Trivendra and Tirath) have ruined the state,” Singh who represents Chakrata seat in the State Assembly told reporters.

Development has been the biggest casualty of this political instability, he said adding that the economy lies in shambles and the prices have soared like never before. Accusing the state government of playing into the hands of the land and mining mafia, he said Congress alone can provide a transparent and corruption-free government to the people of the state.

When asked who will be the party’s chief ministerial face in the 2022 assembly polls, Singh said there is no dearth of capable people in the party and whoever is selected for the job by the party high command after the polls will have the support and backing of everyone.

Singh was replaced recently as Uttarakhand PCC president by Ganesh Godiyal and appointed as Leader of Opposition in the State assembly in a major organisational rejig ahead of next year’s assembly polls.