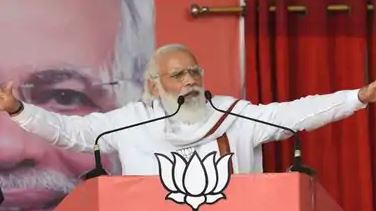 Prime Minister Narendra Modi while addressing the election rally in Chapra said that we have seen the election meetings before. No matter how hot the election may have been, no matter how close the election has come. Even before 10 am, such a huge rally is never possible. This is a wonderful sight. The enthusiasm of the people here is worth seeing. PM Modi said that it is clear from the first phase of voting that the NDA government is being formed again under the leadership of Nitish Babu. I congratulate the overwhelming support you have given to the NDA in the first phase of voting and whoever has voted.