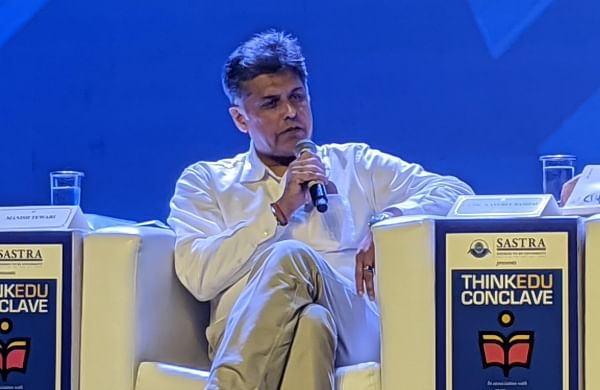 The comment of Anandpur Sahib MP’s came a day after Punjab Chief Minister Charanjit Singh Channi accepted the resignation of Advocate General APS Deol, who had resigned amid repeated accusations against him regarding interfering with the work of the Punjab Government and spreading misinformation by Punjab Congress Chief Navjot Singh Sidhu.

Taking to Twitter, the Congress leader said that politicising the Advocate General’s office undermines the integrity of Constitutional functionaries.

“Since Punjab government is going to appoint New Advocate General they would be well advised to peruse Rules of Professional Standards prescribed by Bar Council of India,” he said.

“An advocate is bound to accept any brief in the courts or tribunals or before any other authority in or before which he proposes to practise He should levy fees which is at par with the fees collected by fellow advocates of his standing at the Bar and the nature of the case. Special circumstances may justify his refusal to accept a particular brief’ Politicising AG’s office undermines the integrity of Constitutional functionaries,” Tiwari said quoting the rule of Bar Council of India.

“Both previous General’s Advocate of Punjab became punching bags in proxy political wars. Those who subvert the institution of AG’s office need to remember a lawyer is neither wedded to a client or a brief,” the Congress leader added.

Sidhu has opposed Deol’s appointment because earlier he had represented Sumedh Singh Saini, who was the state’s director general of police (DGP) at the time of the sacrilege incidents in 2015. Sidhu had alleged that Deol prayed for transferring the investigation to CBI as he was afraid of their false implication in sacrilege cases on accounts of “malafide, malice and ulterior motives” on the part of the political party in power in the state of Punjab.

Along with Punjab AG, the state’s Director General of Police (DGP) would also be changed and will be sent to the Governor. Currently, IPS Iqbal Preet Singh Sahota is heading as the state’s DGP.