Prevention of diabetes in pregnancy crucial to protect next generation from disease: Minister Jitendra Singh 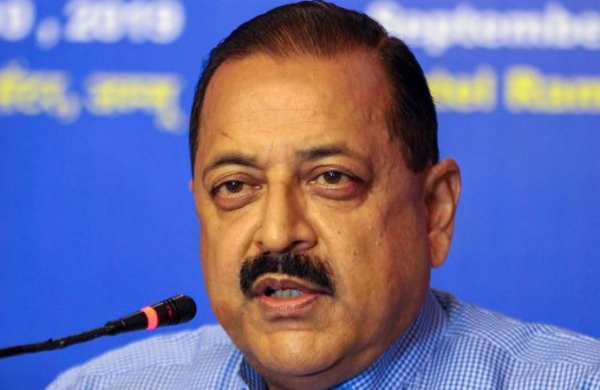 By PTI
NEW DELHI: Union Minister Jitendra Singh on Wednesday said that prevention of diabetes in pregnancy is crucial to protect the next generation from the disease.

He released guidelines for management of the health issue, prepared by the Diabetes in Pregnancy Study Group of India (DIPSI).

Singh is a noted diabetologist and one of the founding members of DIPSI.

Delivering the keynote address at a National Gestational Diabetes Awareness Day summit, being virtually hosted from Bengaluru, he said that prevention of diabetes in pregnancy is crucial to protect the next generation from diabetes, according to a statement issued by the Personnel Ministry.

The minister said it was way back in 1970s that V Seshiah first gave the concept of ‘Spot Test’ for pregnant women, which in other words meant that any pregnant woman coming to hospital at any stage of pregnancy, fasting or non-fasting, should be subject to a blood sugar test.

DIPSI is headed by Seshiah, one of the founding fathers of Diabetology in India.

Many of his contemporaries at that time would not understand what it was all about, but it was in fact not only a revolutionary concept in clinical medicine but also a novel concept at the social level considering the heterogeneity and socio-economic constraints prevailing in the Indian society, said Singh, the Minister of State for Personnel.

He said it has taken almost a quarter century of intense research to institutionalise the concept given by Dr Seshiah and he felt proud to have conducted one of the earliest studies to test the outcome and benefit of tight blood glucose control in pregnant women.

Singh said it is a matter of pride that the guidelines for the ‘Management of diabetes’ prepared under the guidance of Dr Seshiah are now being followed worldwide and even the World Health Organization has recommended the same, the statement said.

The entire concept, Singh said, revolves around the fact that a woman with Gestational Diabetes Mellitus is prone to increase the risk of future diabetes in the progeny and, therefore, the aim should be to ensure a tight control of blood glucose level so that her metabolic milieu and intra-uterine environment is as normal physiologically as that of non-diabetic pregnant woman and the baby grows inside the womb without even realising that its mother had ever gone through diabetes, it said.

Singh said the diabetes in pregnancy guidelines being released today will not only contribute to serve the cause of diabetes but also a humble contribution to Prime Minister Narendra Modi’s ‘new India’.

“The new India is comprised of 70 per cent of the population below the age of 40 years and the challenge faced today is increasing prevalence of Type 2 Diabetes Mellitus in the young. New India’s strength will be determined by its youth and it cannot afford this youth energy to go under-utilized because of diabetes-mellitus, he added.