Premasai Singh Tekam released the calendar of the central body 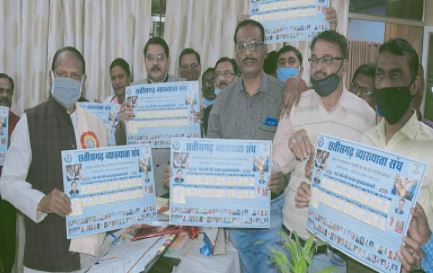