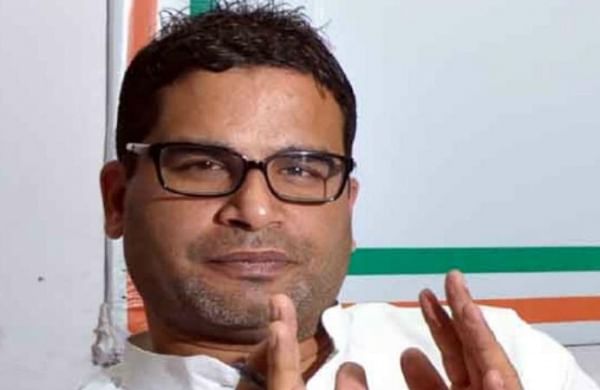 NEW DELHI: After failed negotiations with the Congress, political strategist Prashant Kishor on Friday commented on the just concluded ‘Chintan Shivir’ of the party and said it achieved nothing but status-quo and gave it ‘some time till the impending loss in Gujarat and Himachal Pradesh’.

“I’ve been repeatedly asked to comment on the outcome of #UdaipurChintanShivir In my view, it failed to achieve anything meaningful other than prolonging the status-quo and giving some time to the #Congress leadership, at least till the impending electoral rout in Gujarat and HP!”

The Congress has announced ‘Bharat Jodo march’, reserving posts to people under 50 years of age and giving representation to the marginalised sections. The Congress and Prashant Kishor parted ways in April after hectic parleys for two weeks.

Sources in Congress said that Kishor wanted sweeping powers and a free hand in the election management, but the party wanted a group of leaders to oversee the 2024 general elections.

Several Congress leaders were reported of the opinion that no consultant should get the power to run the whole show.

Sources said since the working style of the Congress is different and the party cannot be run from a single window, Sonia Gandhi had invited Kishor to join the Empowered Action Group for the 2024 polls.

The sources also indicated that Rahul Gandhi was also not keen to give sweeping powers to one person.

After declining the Congress’ offer to join the party, Kishor had said that the party needs ‘leadership’ and ‘collective will’ to fix deep-rooted structural problems.

“I declined the generous offer of #Congress to join the party as part of the EAG & take responsibility for the elections,” Kishor tweeted.

“In my humble opinion, more than me, the party needs leadership and collective will to fix the deep-rooted structural problems through transformational reforms,” he added.