Pralhad Joshi slams Rahul, says he is trying to become an ‘actor on tractor’ 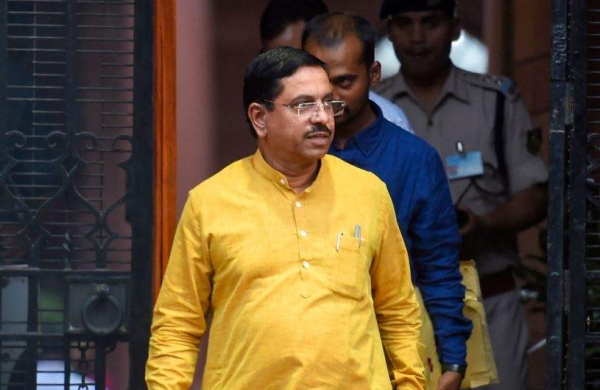 By PTI
THIRUVANANTHAPURAM: A day after Rahul Gandhi took out a tractor rally in Wayanad in solidarity with protesting farmers, Union Minister Pralhad Joshi on Tuesday lashed out at the Congress leader, saying he was trying to become an “actor on tractor”.

He also hit out at the poll-bound state’s two rival fronts, ruling CPI(M)-led LDF and opposition Congress-led UDF, saying they were “fighting ‘Kushti” in Kerala but have ‘Dosti’ in Delhi” and described it as “hypocricy”.

After taking out a tractor rally in his constituency on Monday in solidarity with the agitating farmers, Gandhi had said agriculture is the only business that belongs to “Bharat Mata” and called upon the people to “force” the government to take back the three farm laws.

He alleged that the laws were designed to destroy the agriculture system in India and give the entire business to two to three friends of Prime Minister Narendra Modi.

Hitting out at the anti-BJP alliances at the centre and various states including poll-bound Kerala and West Bengal, Joshi said Trinamool Congress leader Mamata Banerjee, who is supporting the Congress in Delhi, was not ready to accommodate that party in her state as it was becoming a “liability” for her.

“LDF and UDF are fighting ‘Kushti’ in Kerala but have ‘Dosti’ in Delhi.”

“Mamata Banerjee is supporting Congress party in Delhi and she is not ready to accommodate that party (in West Bengal) because Congress party is becoming a liability in the whole country for various regional parties,” he said.

Later, addressing a party meeting here, he alleged that both the LDF and the UDF have ruined Kerala with corruption, nepotism, scam and favouritism.

Joshi also interacted with leaders of NDA in the state and discussed the BJP-led front’s strategy in the upcoming elections.

In a tweet, he said Kerala and its people should benefit from the “double engine government” of Prime Minister Narendra Modi.