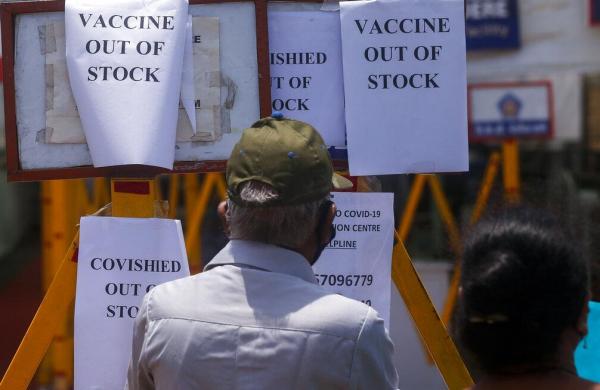 Express News Service
NEW DELHI:  A day after the Centre liberalised its Covid-19 vaccination policy, allowing states to procure doses directly from the manufacturers for the first time in Indian history, experts worried over the possible chaos and greater vaccine inequity it could create amid vaccine short supply and financial constraints.

While two vaccines are being used as of now Covishield by Serum Institute of India and Covaxin by Bharat Biotech Russian vaccine Sputnik V is likely to be available in limited amounts in the coming weeks. On Monday, the Centre also made all above 18 years of age eligible for vaccination from May 1.

In other words, nearly 94 crore in India are now eligible for the vaccine, while the current production is around 80 million per month.

The new policy allows manufacturers a free hand to sell 50 per cent of their supply to states as well as in the open market at a pre-declared price. But most specialists felt that the new vaccination regime, especially when supply is scarce, could lead to a bigger mess.

“We have a very well functional and equitable vaccination model in place for many decades under which the Centre procures the vaccines and distributes them among states based on their needs and quota,” former Union health secretary Sujatha K Rao The New Indian Express.

Some others said that this policy is akin to inviting 100 people for a party even when there is food only for 20.

A senior public health researcher said that it was very disappointing that of all the vaccination strategies possible, the government had chosen “the worst one”, adding that the private vaccine makers will benefit the most, people, especially the poor, will be the biggest losers.

“States without any experience in vaccine procurement have been asked to take the programme in their hands. While some of the richer states can manage it to some extent, people in the backward ones will suffer the most.”

Health economists stressed that the changed policy while boosting the demand for vaccines immediately, doesn’t talk about how sufficient supply will be generated.

“It may limit India’s ability to contain the pandemic at the national level.” A query seeking response on the concerns expressed by health experts from the Union health ministry and health secretary remained unanswered.

Beneficiaries for Covid in India from May 1: 94 crore.

Production of Covaxin in March: 1.5 crore per month.